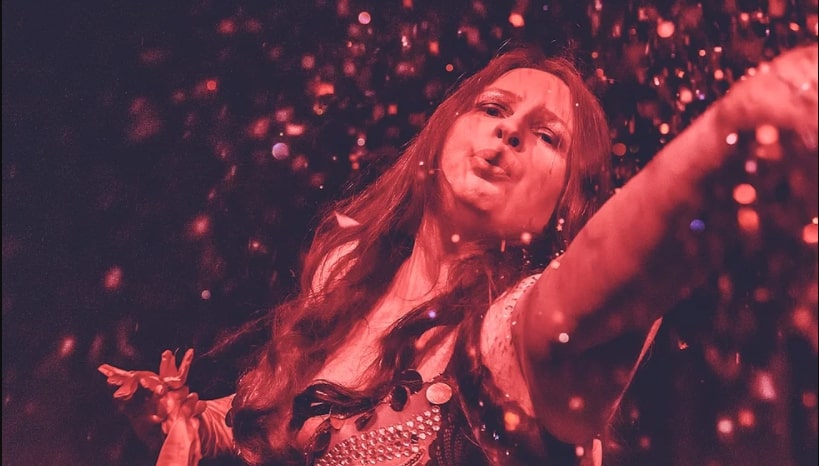 A predictably accomplished night of burlesque featuring an ensemble of talented, charismatic dancers doing what they do best

The Sassy School of Burlesque has a very clear mission statement; giving women a means to express and empower themselves on stage through the magic of burlesque. It is a goal they achieve every time that their performers treat the audience with a new show, and Absolutely Burlesque is no different. A confidently performed set of routines that celebrate bodies of all shapes and sizes, this is a burlesque night full of character and fun that gets the crowd on their feet.

The entire ensemble are memorable in their own ways, but a number of the performers really stick out and get the audience whooping and hollering to an almost deafening extent. Sassy von Sparkle herself, adorned with oversized white feather fans, gets some of the biggest cheers of the night for her artistic routine, as does Ruby Wylde adding live singing to her set. Medusa la Petite energises the room with an absolutely electric performance, before the closing duet act Sassy Bombes round off the night in as colourful a fashion as you could hope for (audience participation sealing the deal). You get the impression that this is a show made as much for the stars as it is for those watching, and when the audience is having such an obviously good time, then you know the performers are too. It is a joy and confidence that exudes from every pose and strut, practically every time.

Interspersed between the acts is a brief set from the compère. Rather than getting the crowd laughing, most of his dad jokes are met with either groans or a rounded silence – although to be fair his name is Peter von Cheese. He might not make it obvious enough, but he knows his place, and gets his best moment when he is a bewildered (if obviously willing) participant in some of the group routines. Even if the gags land on deaf ears, it certainly would not be the same show without him.

Throughout Absolutely Burlesque, the crowd will be cheering and showing their support for what the women on stage are capable of. This is surely what they would want; a singular goal of appreciation and enjoyment that every one of the dancing stars consistently manages to meet. With a banging soundtrack and some slick routines, Absolutely Burlesque will likely than not show you a phenomenal time.