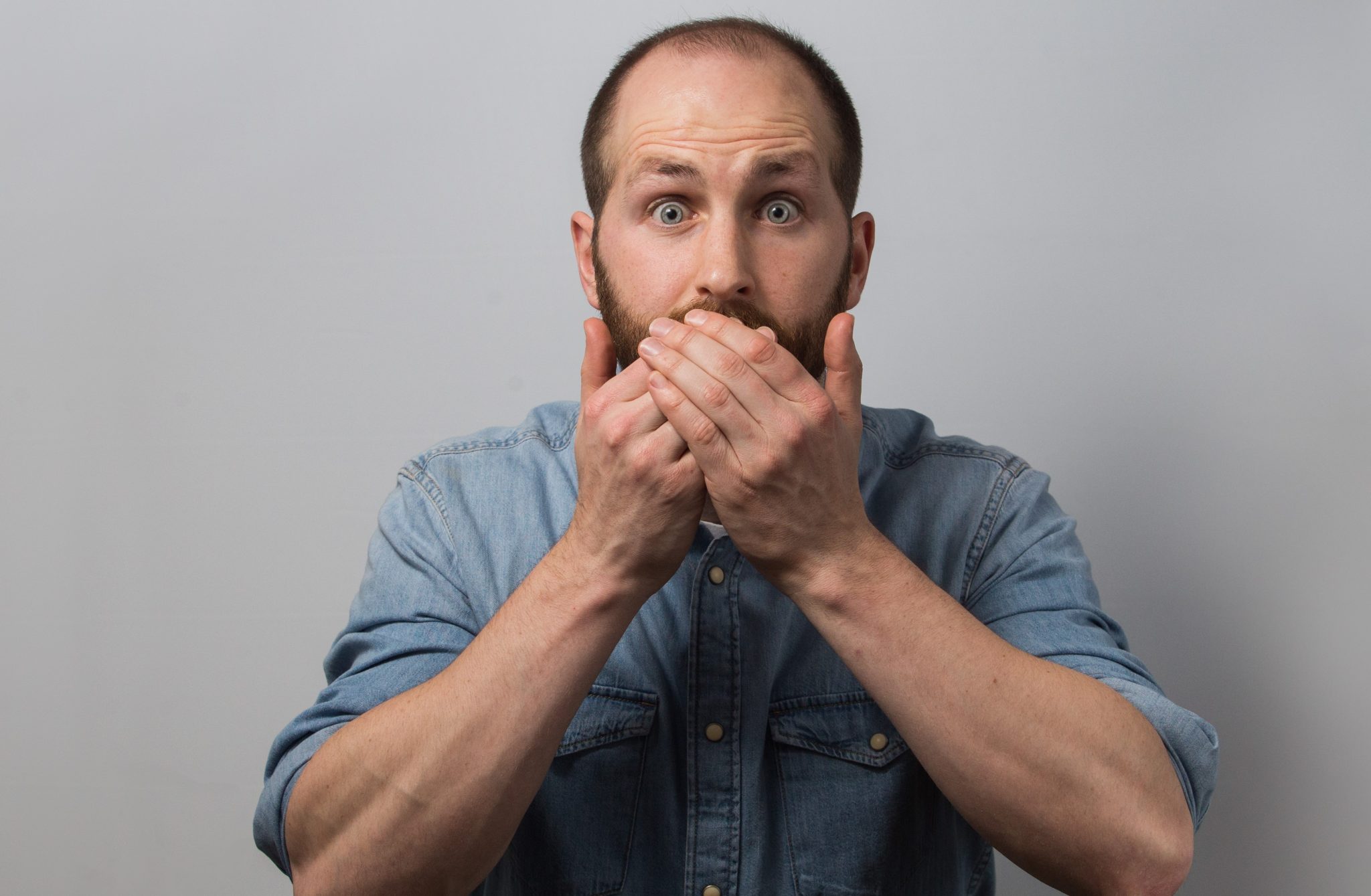 Aidan Greene
Did I Stutter?

Comic Aidan Greene shares an hour of stories and anecdotes on living with a stammer in Did I Stutter?, a show which is as heartfelt as hilarious.

Greene opens his set by asking if there are any fellow stammerers in the house (a few hands are raised). The comedian is happy to find his people after years of watching stammering used as a punchline in popular culture. He regales us with an anecdote from a show at the Free Fringe last year, when an older Scottish gentleman stormed out of his gig because Greene wasn’t stuttering enough. You can’t win with these picky Edinburgh audiences.

We learn some facts about stammers – they affect 1% of the world’s population but there’s little research done into their cause and there is no cure – sufferers can only learn to live with the condition. Greene uses the McGuire Programme (most famous member – Gareth Gates) and employs techniques including using a deep breathy tone when he’s struggling to enunciate (the deep voice reminded me a little of this, excuse the niche reference).  It seems that every culture has their own theories on the apparent causes of stammers and Greene talks us through some of the unusual concepts to great comedic effect.

Greene takes us through his life and tells us funny and moving stories about living with a stammer. The comedy flows and the audience are on board from the off and any minor breaks in the comedian’s speech pattern don’t affect the punchlines, with the audience often in stitches. His stammer started at age four and at 13 Greene briefly lost the ability to speak altogether which lead to him isolating himself through fear and anxiety that he’d be mocked by his peers. Friends told him that no one cared about the stammer, but Greene didn’t have the self-belief to agree with them.

The comedian is a huge fan of romantic comedies, but this isn’t a story where a genuine speech problem was solved by the love of another. It was the love and care that Greene showed himself that changed everything. Once he stopped caring about what other people thought and accepted himself life began to improve drastically. There’s a little moment about accepting yourself that had this cynical reviewer welling up and it was a perfect way to round off the show.

Each story within the show is broken up by Greene repeating the refrain: “Did I Stutter?” As it turns out that very sentence does cause him to stutter and chastise himself for adding that repeated line. The audience laugh at Greene berating himself although their laughter is never mocking but merely a gentle encouragement. Yes, he stuttered but no, we don’t care.

If you enjoy Greene’s comedy he has another daily show at the Fringe: Aidan Greene: Eternal Sunshine of the Stammering Man at the Banshee Labyrinth at 13:30 until 25 August.