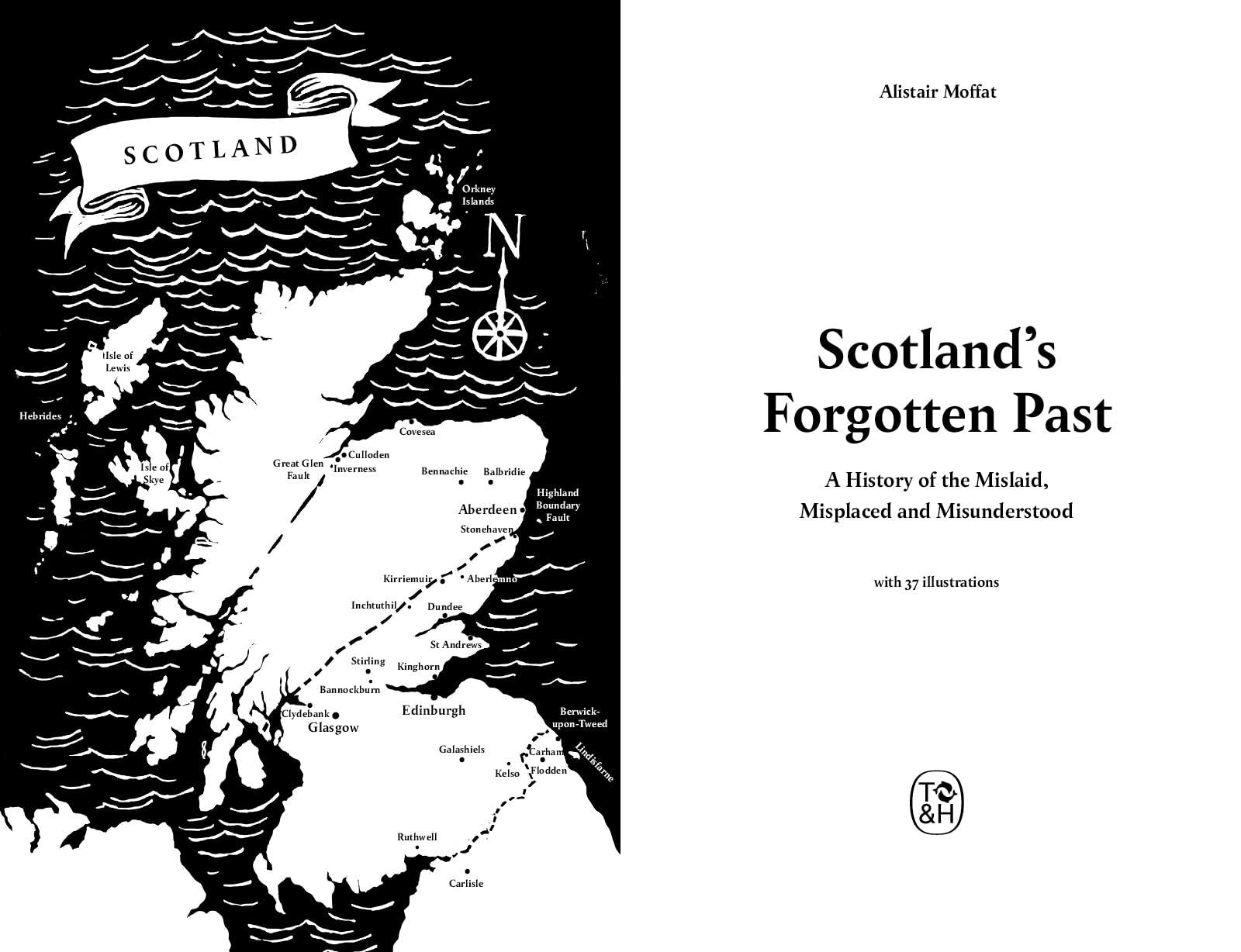 The title of Alistair Moffat’s book is a little misleading. This is not some great historical tome but a rather beautifully presented gift book (the fetching woodcut-style illustrations are by Joe McLaren). It’s something you might well consider mailing to relatives in Vancouver as a souvenir of the Old Country.

Most Scots have a pretty poor knowledge of the nation’s history, partly because, for years, the subject was taught poorly in Scottish schools and partly because England’s history is so much more colourful. For example, most Scots would be hard-pressed to name one of their monarchs beyond Macbeth, Mary, Queen of Scots, and the James of Bible fame. In contrast, England has a rollicking panto cast of characters like Henry VIII, Richard II, George III, Elizabeth I and Victoria.

‘Scotland’s history was simpler than most. There wasn’t much of it, and in any case, the most interesting bits happened when it collided with England,’ writes Moffat, who, despite a score of books on Scottish history under his belt, adds, ‘I find that my curiosity is nowhere near exhausted’. Here he presents 36 short, beautifully written believe-it-or-not episodes, some; it has to be said, more interesting than others. The author, the founder of the Borders Book Festival, is perhaps unsurprisingly strong on Border country and Edinburgh but don’t expect much on Glasgow. Shamefully, Shetland is missing from the map on the frontispiece.

The book’s subtitle, ‘the history of the misled, misplaced and misunderstood,’ is joyfully represented with some startling factoids – from the Frankenstein-like reanimation of a corpse in an 1818 dissecting room to the note that by the late 18th century, Edinburgh had 16 publishing houses (how many does it have now?). There is the story of the use of four-letter words in the 16th-century verse play The Three Estates. And there’s the tale of the 1935 anti-Catholic riot in Morningside, the Edinburgh suburb that Moffat describes as ‘a byword for propriety and seemliness.’

Some sections leave you crying out for more. There’s a story about the caves at the sea cliff on the Moray coast where the bones from the severed heads of children were found. They date from early times, and no one knows how they came to be there. Moffat speculates that they may well be part of ‘an unknowable religious rite’ and that the cave mouth could have been seen as ‘a twilight zone where the living communed with the gods’.

Yet there are some odd omissions. In a section on US presidents with Scottish roots, there’s not even a sidelong reference to Trump. In an exposition of JM Barrie’s invention of Peter Pan, Moffat does not mention the dark rumours that have long surrounded the playwright’s sexuality, even if only to refute them. Propriety and seemliness, perhaps.

Scotland’s Forgotten Past: A History of the Mislaid, Misplaced and Misunderstood published by Thames & Hudson Ltd on 19th January 2023.