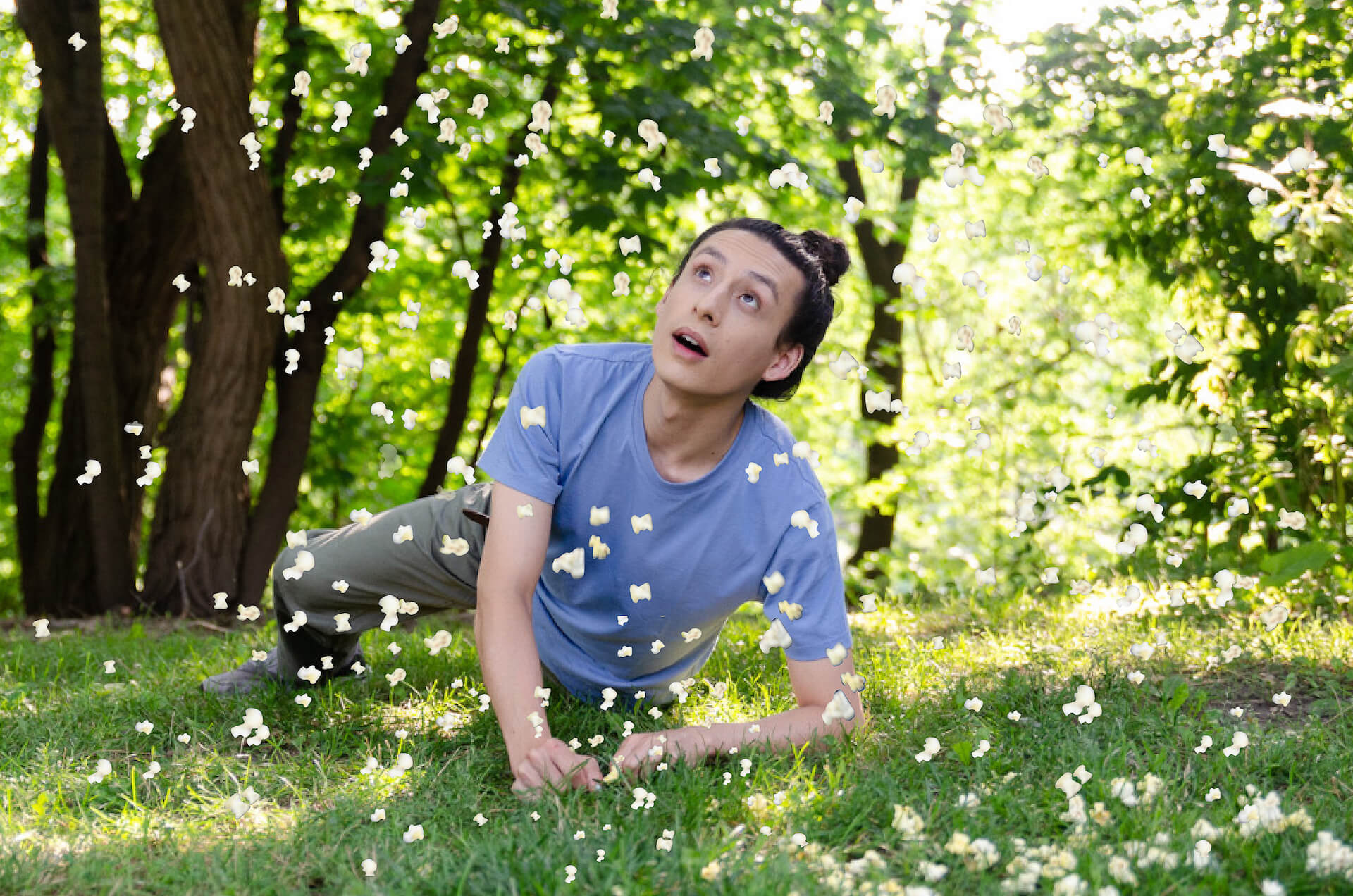 A charming exploration of childhood imagination

“If a man crossed paths with the child he used to be, both would crumple to the ground.” So reflects Gabe Maharjan as they first take to the stage to recount the story of Alphonse, a charming tale of childhood imagination and belonging, and one that simultaneously highlights some of the best that the Fringe can offer.

When Alphonse goes missing after school one day, his friends and family are thrown into a tizzy – where’s he gone? Why would he leave? A laconic police inspector, Victor attempts to find an answer to these questions, while Alphonse, on the other hand, wanders along a country road telling the story of Pierre-Paul René, his imaginary friend, and the boy that Alphonse wishes he could be.

The piece jumps between these two narratives frequently, with the factual nature of the investigation being the perfect counterpoint to the world of Alphonse’s imagination and the tall tales he has told to his cohorts. On the one hand, there is a jaded individual who becomes fascinated by the creativity that the 13-year-old displays, on the other, said boy desperately trying to escape the restrictions that the world wants to enforce.

At one point Alphonse questions why he is here, in a world where imagination and creativity are stifled in favour of cold logic and mundanity? It’s a sobering realisation for one so young to have to come to terms with; especially considering the underlying misery that many of the older characters display having become bereft of their imagination. It’s one that truly captures the heart of Wajdi Mouawad’s script and what Theaturtle have created to great success, mostly thanks to the strength of the performer.

Maharjan brings Shelley Tepperman’s translation of Mouawad’s script to life with some truly vivid storytelling and characterization. There’s a comforting softness to their voice that’s perfectly suited to the performance, making it feel as much like a bedtime story as a piece of theatre. Through strong vocalization and minor physical changes, they distinguish each of the 27 characters they portray as unique unto themselves, a difficult task in any one-person show. Some of the children they embody do jumble into one another at times, making the scenes featuring them a tad difficult to follow, but considering they come in quickfire succession and bring a freneticism to proceedings, it’s forgivable.

Ultimately, Alphonse is a heart-warming and magical piece of theatre that serves as a reminder for everyone in attendance, old and young, to have a little more levity and imagination in their lives. It’s hard not have a slight spring in your step as a result.