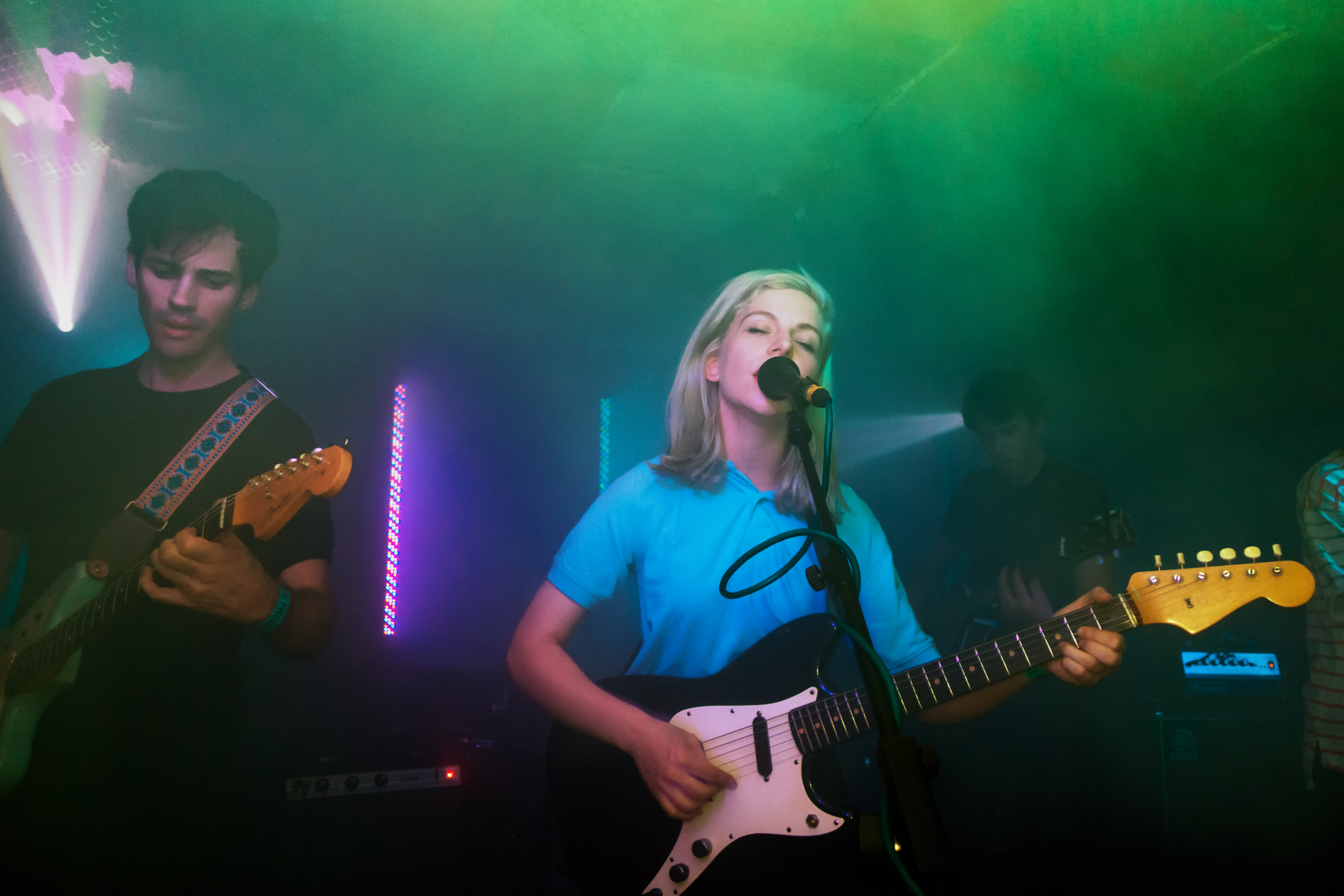 Dreamy and anthemic, Alvvays is a band here to stay.

Staged at the refurbished church of St Luke’s, a warm red glow douses the eagerly anticipating crowd for headline Canadian five-piece Alvvays (pronounced Always but written to look more trademark like Chvrches or Pvris). There is a well-varied demographic to the audience which boasts not just the young hipsters of a new-age indie rock scene, displaying the small but wide-reaching appeal of Alvvays’ music.

Opening the sound of the night with a mouth-click and “Thanks for coming early…”, the support of the evening Spinning Coin begin to energise the already-stirring crowd. Despite being a hometown band, the members seem rather jittery with the pre-song banter, hardly muttering a word all set. Instead they choose to leave their stimulating indie rhythms, not too dissimilar to an early Arcade Fire, to do the conversing. The penultimate song even gets a small section of the crowd riled enough to start jumping.

Then comes the main act. Shuffling onto the stage to a weird, neo-synth-sounding national anthem with a branded flag reading Alvvays rippling in the background, the mood is set to be a particularly monumental night. Wearing mostly stripe-adorned outfits, at first glance the band recall the stereotypical geek kid in 90s American teenage flicks. Yet the music that subsequently ensues throughout the set quickly dispels this image, combining reverb-drenched guitars, well-crafted harmonies, pounding drumbeats and confident crowd interaction to top it off. Lead singer Molly Rankin’s sweet voice singing calamitous stories makes them akin to a more full-bodied Honeyblood, while a jangly, nostalgic pop presence also bears resemblance to other Glasgow band Camera Obscura – firmly placing Alvvays in contemporary Scottish indie music territory.

A robust mixture of old and new material – which the band are comically polite enough to request playing – is superbly traversed through the set. New material for their upcoming second album is interestingly experimental but still solid to the Alvvays sound, allowing the audience to sway to unheard melodies. The crowd are even treated to a mesmerising ballad which Rankin claims to have played live only once before. These trials are supported by notable crowd pleasers such as Archie, Marry Me and Adult Diversion which, if they aren’t yet anthems, they should be – and they surely will be.

Bumping into the band’s new drummer Sheridan Riley on the way in, she looks particularly nervous, forgetting her stage pass for entry. The performance would have been immensely different if security had been too stringent with the rules and not let her in. However, with a set as masterful as it is relatively early in the band’s career, not much should falter them in the near future. Unless Riley forgets her stage pass again…