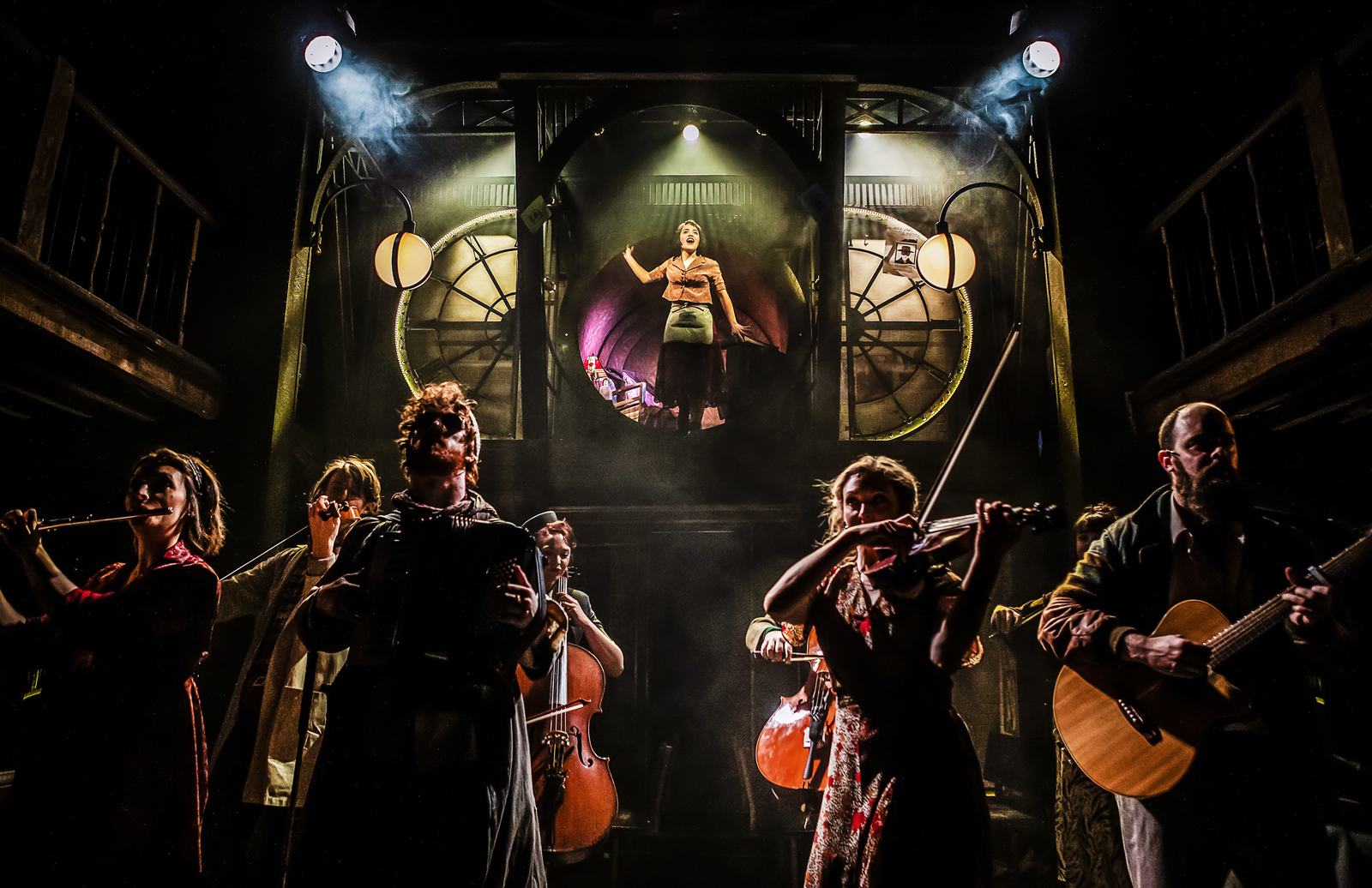 A wonderful adaptation that preserves Amelie's eccentric imagination while adding its own original touch.

When adapting a well known, award-winning film for the stage, the latter is inevitably going to be scrutinised in comparison to its predecessor. Michael Fentiman’s musical adaptation of Jean-Pierre Jeunet’s Amelie manages to capture the quirky romanticism of the film while adding its own original touch. The book, written by Craig Lucas, translates the French humour for a current audience who may or may not be familiar with the 2001 film.

Amelie Poulain (Audrey Bisson) grew up with neurotic parents and a suicidal goldfish as her only friend. For a fresh start, Amelie moved to Paris – but after many unsuccessful attempts at finding a boyfriend, she gave up. Following the death of Princess Diana, Amelie imagines herself as the people’s princess as she selflessly interferes with the lives of others. Bringing them a happiness that she has dreamed of finding herself. Upon encountering the equally peculiar Nino Quincampoix, played by Hollyoaks and Strictly Come Dancing star Danny Mac, who proves himself to be more charming than Mathieu Kassovitz’ Nino.

There’s unbelievable chemistry between the two lead characters, both perfectly cast for the parts. Their leading performances are completed by Johnson Willis as Dufayel and Caolan McCarthy as Hippolyto, who stand out in their supporting roles. Audrey Brisson doesn’t need to worry about being compared too closely to Audrey Toutou’s original Amelie, for she brings her own unique take on the character, which is brought to life with her strong vocals and acrobatic talent from growing up in the Cirque du Soleil.

Amelie: The Musical is like Paris on the stage: the Metro station turned romantique café with Amelie is lifted by lightshade into her tiny Parisian apartment. The romantic French music is not far off the original soundtrack by Yann Tiersen, with the original lyrics written by Nathan Tysen giving Jeunet’s characters a new depth. The visuals combined with the 16-person ensemble send you into Amelie’s dreamland, wishing you existed in her eccentric life of adventure. While the iconic scene in Montmartre would have certainly been a challenge for designer Madeline Girling, it is sadly absent in this production and very much missed by fans of the film.

Otherwise without a fault, Amelie: The Musical will welcome you to a Paris that you have never experienced before.