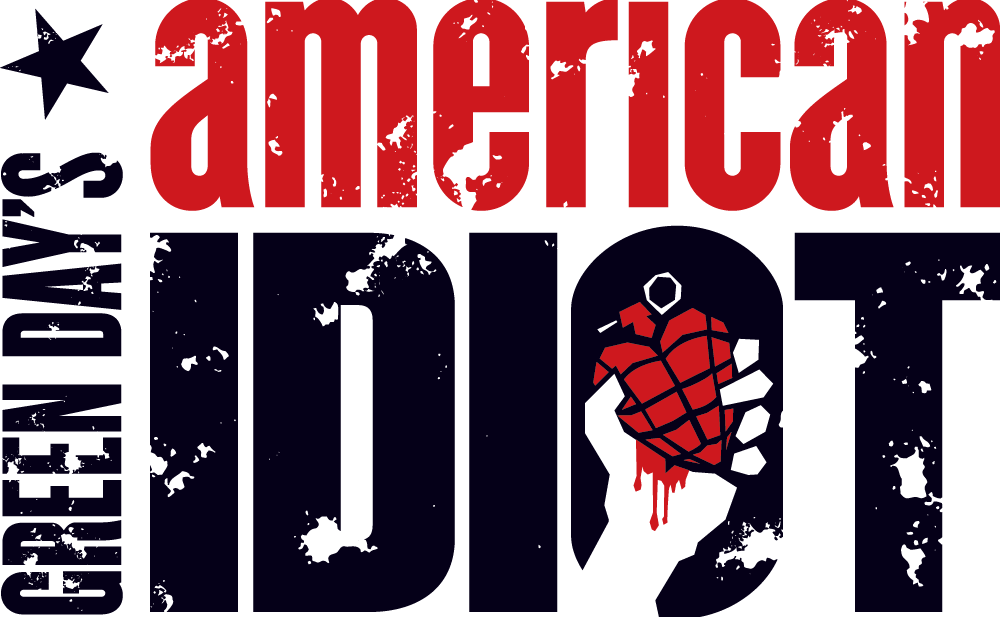 A lack-lustre portrayal of disenfranchisement and teenage angst that only serves as a platform for Green Day's music.

A single television monitor is suspended above the stage displaying newsreel footage of the September 11th attacks on the World Trade Centre; interspersed with the footage are speeches made in response to the attack by then-President Bush. Behind it, a Banksy-esque mural depicts a sea of monitor-headed people listening to a speech by a similar individual – all the while a lone, disenfranchised punk sits alone as occasional drum patterns can be heard behind the ‘wall’. This is the image presented to the audience as they await the beginning of American Idiot, the musical inspired by the Green Day’s 2004 album of the same name. It is a clear visual, one that is about as unsubtle as the protest anthems that Green Day are known for, as well as a foreshadowing of the show that is about to commence.

There is a strange oxymoron that underlies American Idiot. On the one hand, there are the songs which captured the feelings of the disenfranchised who grew up in the post-9/11 world, believing that Green Day perfectly conveyed their frustrations and sense of rebelliousness. On the other is the fact that these songs are being performed in an occasionally uninventive manner, sometimes copied from a Green Day music video, or at worst with dance moves that seem pulled straight from a textbook on stage choreography. There is something deeply uncanny about seeing a synchronised, Singing in the Rain-style swing kick occur while “American Idiot” plays in the background.

Fortunately, these moments are few, replaced instead with expressions of the punk-lifestyle one might expect from Green Day; however this portrayal is simultaneously cliched and deeply childish. This puerility is somewhat entertaining at first, but quickly overstays its welcome as there are only so many times an audience can laugh at a masturbation reference or endure seeing main-character, Johnny, ‘teabag’ his sleeping friend. There is almost a level of parody that one might ascertain from the actions of the main characters and their portrayal, highlighting the hypocrisy of their teenage-angst arising from a place of privilege – ultimately amounting to nothing.

Whether this was the musical’s intention is unclear, for the overall narrative is rather muddled due to the break-neck speed at which it moves, driven by the music’s trajectory (for better or worse). The entire show is ultimately a way to enjoy Green Day’s multi-award winning album, along with the better tracks from their follow-up 21st  Century Breakdown, along with some fun reworkings and mash-ups of songs from both -“She’s a Rebel” and “Last of the American Girls” being a stand out.

Letting the music do the talking is ultimately a strong choice as the acting, for the most part, is passable at best; often over-shadowed by the truly egregious American accents that are rampant throughout. Thankfully it also means that interludes between songs rarely last longer than a couple of minutes before the music strikes up again. These songs are all excellently performed by the performers and the live band, which is on-stage at all times, meaning that you can occasionally close your eyes and imagine you’re at a tribute gig.

Luke Friend clearly has a lot of fun embodying the spirit of rebellion that is St. Jimmy, and Joshua Dowden gives a strong performance as Tunny, especially in the latter-half of performance as a war-veteran seemingly abandoned by the country he swore to protect – a surprising level of sincerity considering everything else that is happening.

The greatest disappointment however, is Sam Lavery as Whatsername. This is not due to her performance; it has potential, and her performance of “Letterbomb” alongside Siobhan O’Driscoll’s Heather and the other female cast members is a good one. Rather, it is because she isn’t given a single-spoken line despite receiving top-billing. This highlights American Idiot’s wider problem; its inability to reconcile its female characters as anything other than emotional crutches employed to support/fix the man-children who make up the main male characters. It is a deeply frustrating affair, which perhaps has something to say more about the male-dominated world of Rock and Roll – that rarely views women as anything more than manic-pixie-dream-girls – than the show itself. Ultimately, what American Idiot lacks in solid narrative or any actual sense of meaning, it makes up for in homage to the music of the band which influenced (and co-wrote) the show, complete with a mandatory ensemble of acoustic guitars playing “Good Riddance (Time of Your Life)” as an encore. If nothing else, one can appreciate the music.