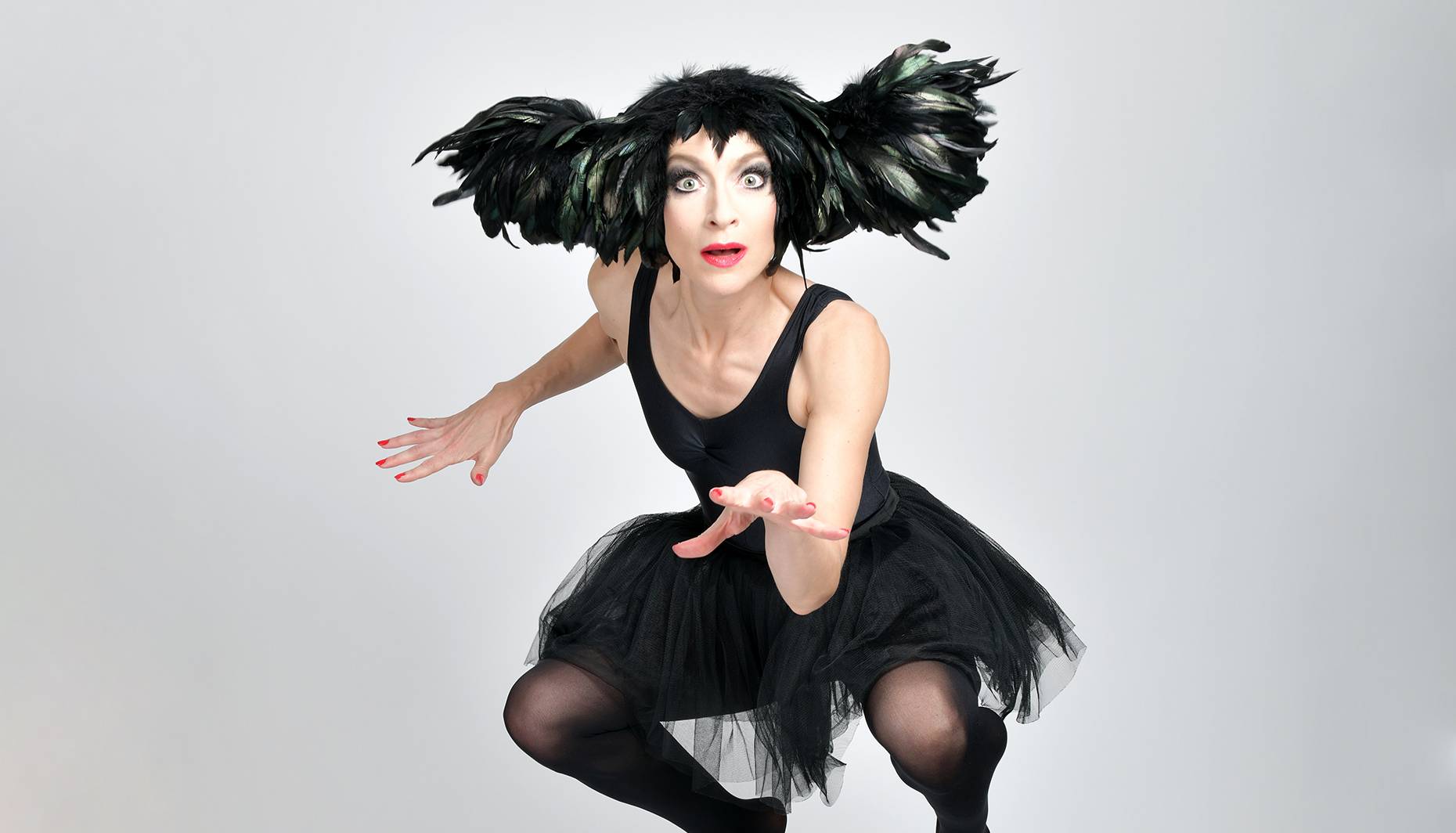 An Evening Without Kate Bush

All done with good humour and jest

Capturing the essence of Kate Bush, Sarah Louise Young channels her vocals in mysterious ways in this returning Fringe show. She pays glorious homage to the influential singer and the mythology that has built around her, as well as re-enacting some of her stranger choreography, some of which was inspired by mime artist/dancer, Lindsay Kemp.

With established superfans and those who have joined the shoal via the Stranger Things phenomenon making up the audience – although Young establishes that not many of the former are in the house today – she guides us through renditions of her popular songs, starting with a body-length veil and red LED for And Dream of Sheep, creating an eerie and atmospheric beginning.

We’re taken on a journey of other popular favorites, including Hounds of Love, Running Up That Hill, Wow! Unbelievable, Wuthering Heights, and many more, coupled with anecdotes, and fan facts from Fish People (the collective name for Kate Bush fans we are told). ‘Tonight is not about her, it’s about you – the fans of Bush.’ There’s a cabaret vibe to this show, which in essence works, rather than a pure tribute band style and it’s all done with good humour and jest.

Young recounts how a Russian lady she met says that we have been pronouncing the word Babooshka wrong all these years and the audience is then invited to join in singing – Baaa-booshka, which translates as ‘grandmother’, with Young proclaiming that the song will never have the same connotation now she knows the meaning of the word.

Two Fish People she discovers in the audience, Zachary and Victoria, son and mother, are invited onto the stage to sing along with Young for a rendition of  Hounds of Love, doo-doo-ing their way through the chorus, while another couple, married for forty-plus years, are coerced onto the stage to dance embracing, while she sings the 1986 Peter Gabriel/Kate Bush collaboration Don’t Give Up. They look somewhat uncomfortable, as though they wish the ground would swallow them up.

The songs are the winning aspect of this interactive cabaret show, peppered with factoids and trivia.  Towards the end of the show, some audio clips of fan interviews are played and Young recounts anecdotes from fanatical audience members she’s met while performing the show. These are only explored on a surface level but it’s Young’s way of connecting the Fish People, although, for newer fans of Kate Bush, these references might not have context and could be completely lost.

Nonetheless, it’s a swimmingly, entertaining, joyous hour of cabaret song and dance exploring one of the most influential voices in British music, Kate Bush.  Go join the shoal.