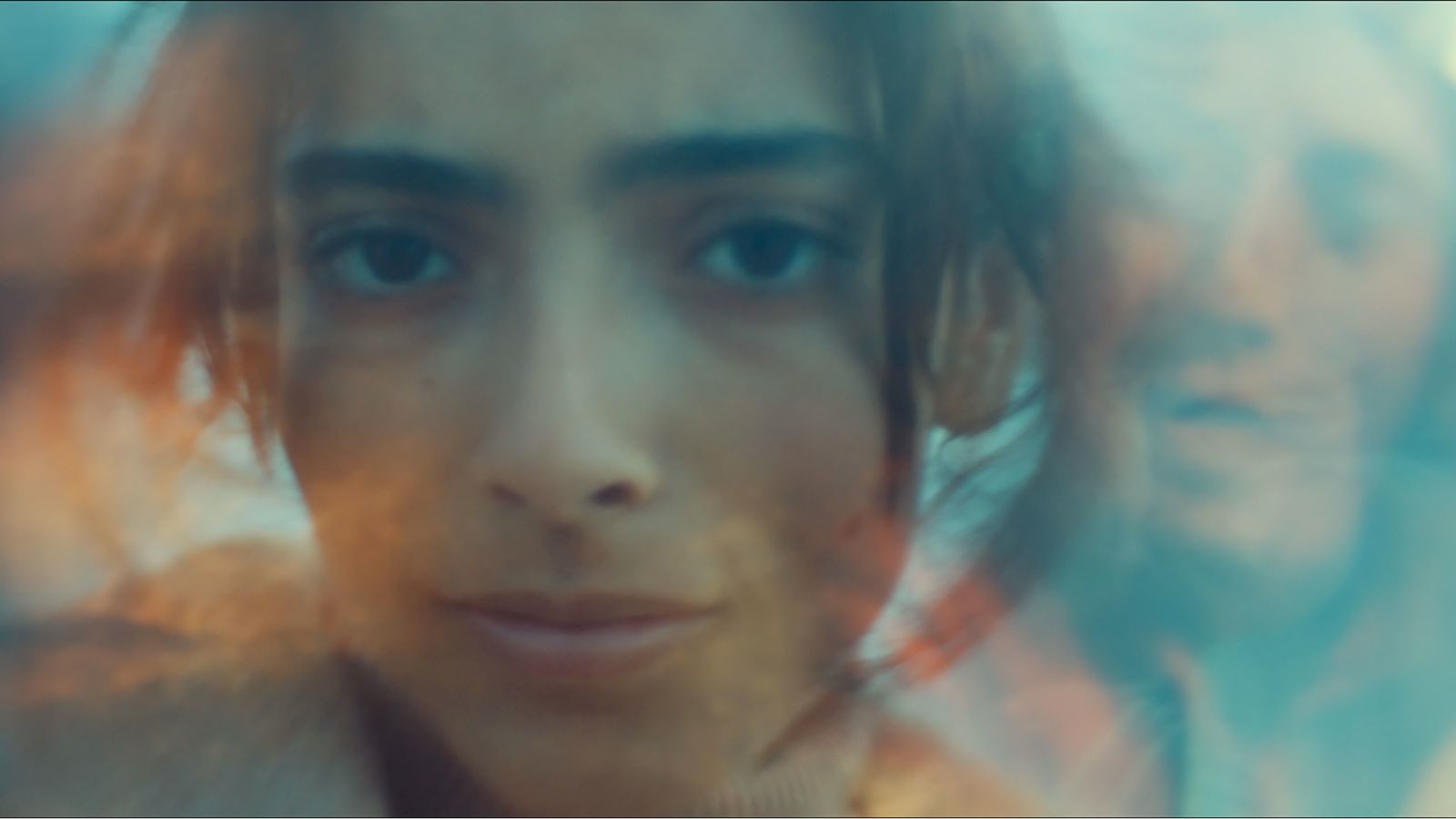 Itto (Oumaïma Barid) is a heavily pregnant young woman living an idle existence with her husband Armine’s (Mehdi Dehbi) wealthy family. Despite not coming from money she’s adapted a little well to the lavish lifestyle and opulent surroundings. Pleading prenatal pains, she waves Armine and his family away on business. Little does she know her day of relaxation will be spoiled by strange events that trigger a national emergency and leave her stranded from her husband. Her goal is to reach Armine whatever it takes, but in Sofia Alaoui’s elliptical, metaphysical sci-fi fever dream, Itto’s journey proves far more important than the destination.

Alaoui’s debut feature expands on the universe she introduced in the short film So What If the Goats Die. It’s science fiction of ideas rather than spectacle, as the exact form of the force or entity and its intentions remain obscure, and the audience is left to follow the bread crumbs with which the director lines the way to Khouribga, Itto’s ultimate destination. It starts as odd weather patterns. Then animals start to act strangely. A dog that takes a shine to Itto in one village nips at a bird, which then tracks her as she catches a lift to the next stop. Then she notices people beginning to change – with glassy-eyed gaze and beatific grins, they don’t appear threatening but it’s all very unnerving. In the absence of the god she’s always prayed to, here is evidence of something far greater than herself; than everyone. But is it divine? Or something even more ineffable?

While the obliqueness of Animalia‘s narrative will be frustrating for many viewers, this spiritual puzzle of a film is a wonder to behold on a visual level. Noé Bach‘s almost hyperreal, precise and symmetrical compositions dazzle, whether it be in the grand decadence of Armine’s home, the craggy majesty of the Moroccan desert, or the film’s defining moment; Itto’s psychedelic commune with the supernatural force which pries open her perception in Huxleyan fashion. An artful blend of various techniques and surreal imagery, there’s a suggestion of an out-of-body experience, and a reunification with Itto’s mother in the form of a sheep. A teardrop becomes one star in a whirling galaxy which becomes the iris of Itto’s eye, suggesting a circularity in all things. It’s a lovely mix of effects, sound editing, and Barid’s performance. The actress sells a difficult scene so well; her huge, expressive eyesregister a subtle epiphany, and her posture shifts with confidence.

From this point the viewer’s simpatico link to Itto is severed and where Animalia is likely to shed some true believers along the way. The ultimate meaning of it all remains a mystery. All we know is, being back in the bosom of her husband and his family doesn’t cut it anymore, nor does being one of thousands of people thronging together at the city’s mosque praying for answers. It is slightly frustrating to be left without the answers; but it’s a real joy to be left stimulated and teased by Sofia Alaoui’s esoteric spiritual burlesque. And on a more prosaic level, it’s great to see familiar genres being explored by different cultures. How many more times do we really need to see aliens hosing the White House? Tantalisingly, one suspects there’s more to come, and that there are as many stories to be told in this universe as there are stars. We may be witnessing the beginnings of the arthouse Cloverfield, and that sounds like a pretty great prospect.