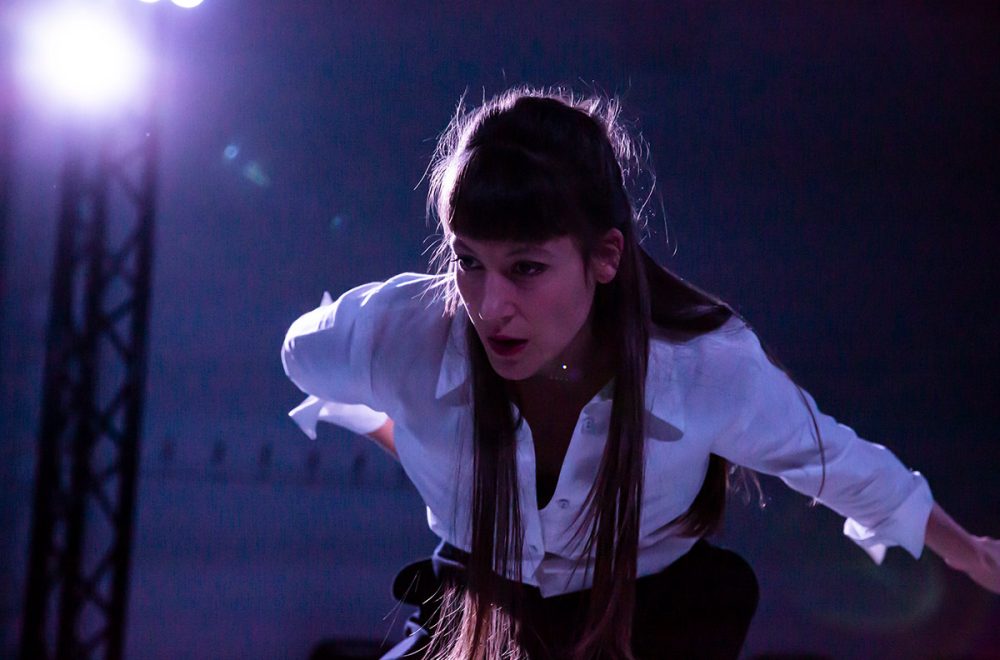 Antigone, luckless daughter of Oedipus, has two brothers who have just slaughtered each other in a quest to control the city. One brother, Polynices, is declared a traitor and it’s decreed that his corpse should be left to rot on the battle field. His sister decides to defy the decree and bury Polynices. Antigone, Interrupted by Scottish Dance Theatre snatches up this 2,000 year-old story and questions what it means for us in the present day.

This new work from SDT Artistic Director Joan Clevillé is interesting on many levels. Firstly, it’s clearly a piece of dance but it features a good deal of spoken text. Much of this is lifted from Owen McCafferty’s brilliantly blunt retelling of Sophocles’s story. The remaining text is written by Clevillé. McCafferty’s text does a cracking job of honouring the Greek tradition by inviting the audience into Antigone’s moral dilemma – and this same notion is woven through this production from the moment the audience enters the performing space.

Solène Weinachter‘s performance is incredible. She’s a precise, elegant, visceral dancer, pouring her frustrations for Antigone’s plight into her movement. She speaks – and croons and caterwauls – this text as the story unfurls – while dancing. And then she’s interrupting the Greek tragedy to recount her own experiences, watching – and finally performing – Antigone’s tale over the years. These sections have a chatty informality that stand in incredible contrast to her subsequent yowls of grief. Weinachter is clearly as accomplished an actor as a dancer.

Technically, the production is also a treat. A minimal set is brought to life with stark lights (Emma Jones), restrained sound design (Luke Sutherland) and effective use of looping with a mic. Friday’s performance is BSL signed, with the interpreter incorporated seamlessly into the show which promises to be another kind of treat altogether.

Finally, Clevillé’s text offers some interesting musings about what we’d be willing to fight for. This is an absorbing interpretation of the classic Greek myth – less a retelling and more an exploration of the story’s themes, featuring an outstanding performance from a captivating artist. All tribute to SDT.