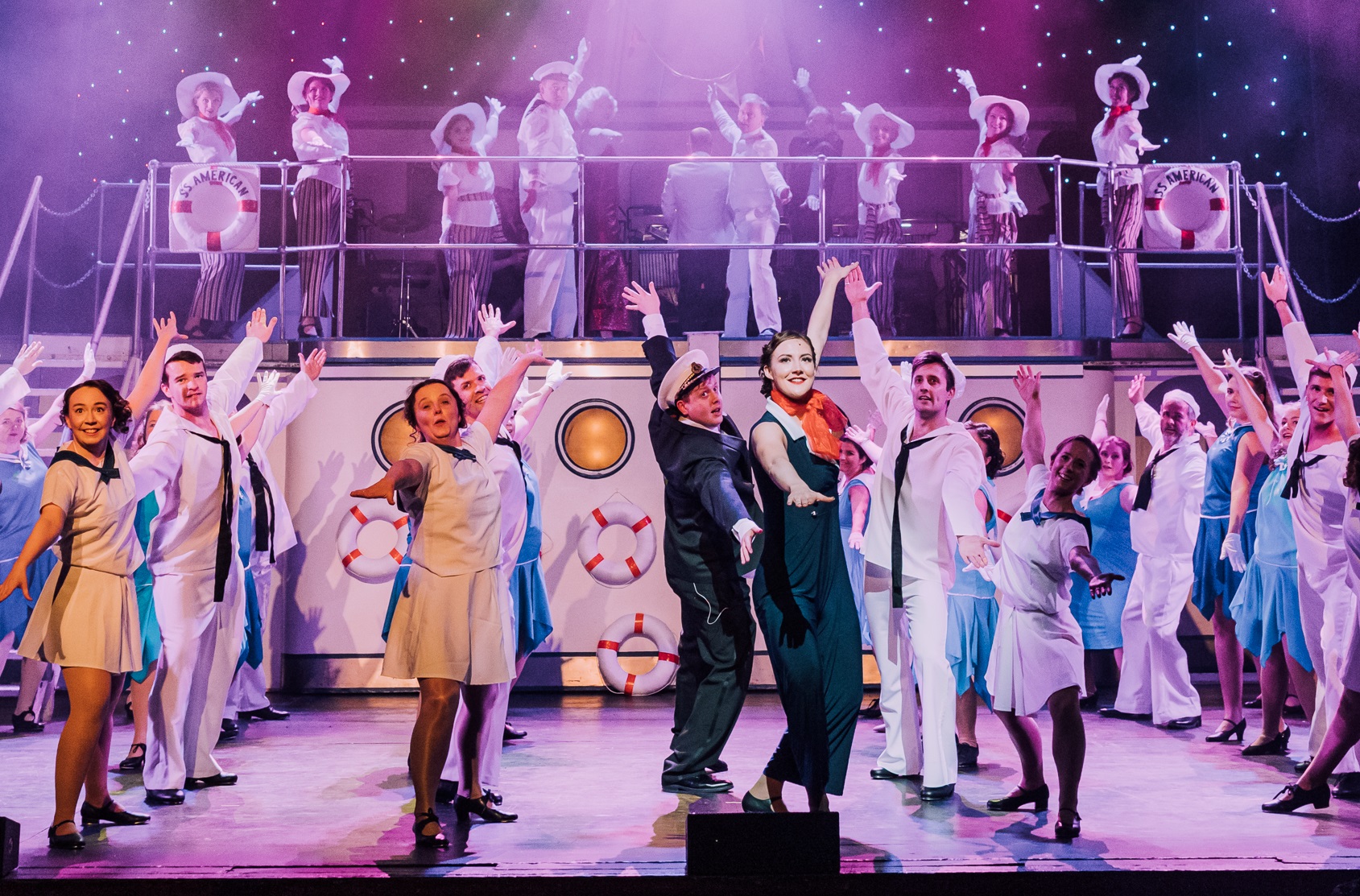 The enduring popularity of the musical Anything Goes since its debut in 1934 is testament to the unique song writing genius of Cole Porter. Not least because the show’s story is somewhat baffling and incoherent, with the tone of the script’s humour now feeling decidedly dated, despite several updates and re-writes over the years. Nevertheless, Porter’s catchy melodies and urbane lyrics in classic songs such as Friendship, You’re the Top, and I Get a Kick Out of You continue to charm and delight new generations of theatre-goers. Certainly, tonight’s audience at The King’s Theatre are enthusiastically appreciative of Southern Light’s exuberant production, their enjoyment unobstructed by any inconsistencies in either the plot or the performances.

Toni MacFarlane is genuinely resplendent in the lead role of Reno Sweeney, a former evangelist turned nightclub singer, who is sailing from New York to England aboard the SS American, accompanied by a motley crew of sailors, gangsters, stockbrokers, aristocrats and stowaways. Channelling the requisite dignified brassiness and 30s glamour of Ethel Merman, MacFarlane captivates the audience with her warm, assured delivery and pitch-perfect vocals throughout. She is ably supported by Matt McDonagh as lovelorn Billy Crocker and Rebekah Lansley as debutante Hope Harcourt, both of whom are able to do justice to some technically challenging solo and duet numbers, despite a script that limits their ability to generate convincing chemistry as a would-be couple. Amusing and engaging comedic performances from Tanya Williamson as the Jean Harlow-esque Erma, and Peter Tomassi as gangster Moonface Martin – a turn that suggests Southern Lights may have discovered Edinburgh’s own Joe Pesci – contribute to a vibrant and enjoyable production.

The extravagant ritziness of depression-era Hollywood escapism is suitably reflected in the glittering costumes, and the big ensemble numbers are appropriately rambunctious. That said, if the stage feels a little crowded at times, if some of the dancing isn’t quite matched in energy by technical precision, and if parts of the set seem a little flimsy and precarious, well, in the words of the title song, “nobody will oppose”. The sheer enthusiasm of the cast is infectious and the orchestra delivers with aplomb. The result is a thoroughly satisfying evening’s entertainment.