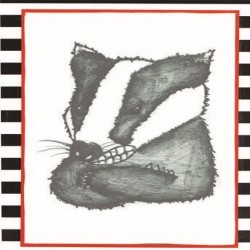 Diane Rimmer's animal welfare comedy is all over the place

3MT have created a show with a worthy cause at its heart, and no points for guessing it’s the badger cull. Though attention to the controversial attempt to eliminate TB has dwindled over the years, it is still an issue that Diane Rimmer has decided to raise awareness for with her comedy Badgered. After her husband cheats on her, Annabelle (Rimmer) channels her efforts into her passion for animal welfare by volunteering at a charity shop. However, not everything is as it seems, as the neighbourhood cats are going missing and the manager, Tina, seems to be hiding something.

This may be the most unintentionally bizarre show on at the Fringe. With a plot featuring Brian May being shot, furries and a bad Russian stereotype, you really never know what’s coming next. It does rely somewhat heavily on costumes to equal its comedy, which is out-dated but may well work for its target audience. It is a hotchpotch of carry-on style comedy and animal welfare facts, with a twist that will genuinely surprise its audience.

The performances really set off the tone of the show. Shop assistant Barbara, played by Lynn Touil, totally commits to her absurdly cheesy role. Gossipy, sassy, and flirty, her sigh-worthy innuendos demonstrate she is perfect in this role and is a joy to watch. Rimmer herself has an overacted dreamy naivety that is ironically amusing but completely unconvincing. All of the cast trip over their lines at times and the company don’t come off particularly professional in the process, but joyfully those botched lines result in phrases like “axe-welding murderer”, which is funny imagery in its own right. If Badgered had the time or audience, it could gain a cult. Dumb and daft, this may be one of those pieces of theatre that’s so bad, it’s good.