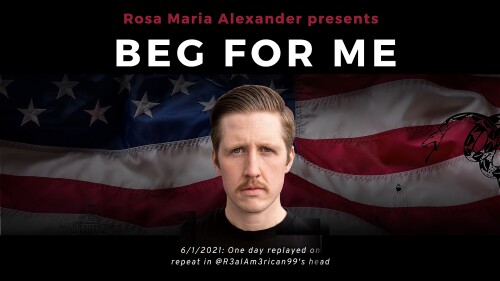 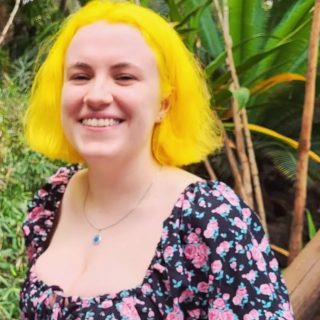 A fine example of a thorny topic handled with sensitivity and grace.

Beg For Me is a two-hander about the self-destructive path of the alt-right pipeline. Written, produced, and directed by Greek/Cypriot playwright Rosa Maria Alexander, hailing from Perth, this play is a fine example of a thorny topic handled with sensitivity and grace. No excuses are made or punches pulled by Unknown 1 (Nicholas Alban) in his condemnation of the behaviours and attitudes of alt-right fanatic @R3alAm3rican99 (Rhys Anderson). But equal consideration is given to the tragedy of how he came to believe and do those things and the deep-seated pain and insecurity that drove him into the waiting arms of rabid, right-wing Redditors.

Anderson gives a magnetic performance ranging from enraged, crazed, fanaticism to a sort of kicked puppy hopelessness that effectively conveys the internal conflict of a man torn between what he wants to believe and what he knows to be true. His ‘hick’ southern accent is believable and does not waver for even a moment. Alban as his foil, a white collar, uptight authority figure gives a solid performance though is overshadowed in parts by Anderson’s confidence and ease. Alban forces Anderson to face ghosts of the past he would rather forget, and reckon with the damage he has done to both himself and others until the audience can’t help but empathise, if not with his actions, at least with his pain. ‘Love hurts, hate hurts, life hurts, it doesn’t mean you shouldn’t try!’ Explodes Alban in both  condemnation and a plea in the play’s closing moments.

If you are chronically online, you will find this piece all-too-credible and its finale, perhaps, inevitable. If not, this play will inject some humanity into a sub-culture you have likely only seen in the news. If you are looking to support Scottish theatre at this year’s Fringe, be sure to find it a spot in your schedule.