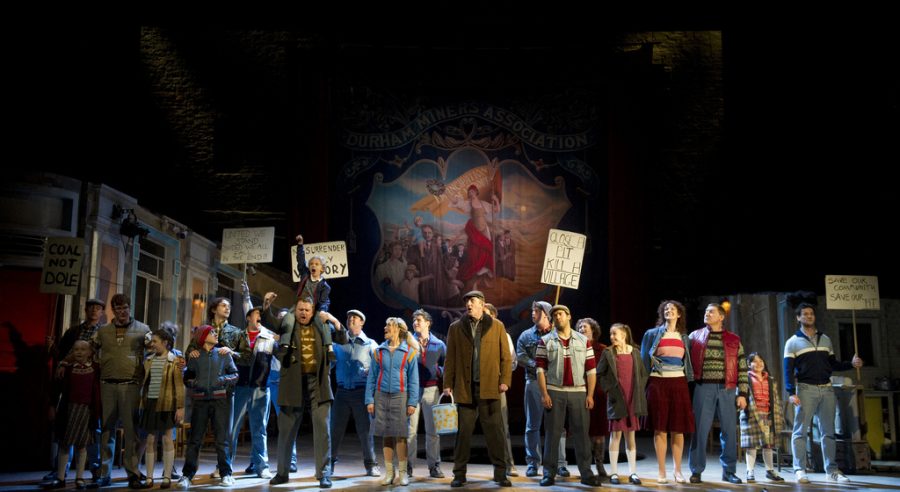 A gritty musical challenging stereotypes through it's pirouetting star

Entertaining and thought-provoking two and a half hours

Set against the gritty backdrop of a town reeling during the Miners’ Strike, this musical is not a twee, sweetness-and-light kind of story. Instead it is the story of real people living their lives in a time of hardship, unknowns and harsh stereotypes.

But, from this seemingly hopeless world pirouettes Billy Elliot, a young boy who swaps boxing for ballet and through doing so provides his family and community with hope for a better life.

Young Lewis Smallman, who plays the title character, is endearing and talented in equal measure performing complex routines with seeming ease and showing off ballet, tap and gymnastics expertise in an entertaining and thought-provoking two and a half hours which grips the audience from beginning to end.

Some of the most poignant moments of the performance are when the miners and the young ballet students perform together providing both a spectacle and touching moments of reality as two worlds collide which is exactly what must have gone on in communities up-and-down the country – parents striving for normality for their children while they made tough choices about what to do in the wake of upheaval.

And Billy Elliot doesn’t stop with social (and in one scene hilarious) political comment. It is brave enough too to challenge the deeply engrained stereotype that all boys who do ballet are gay, and it is the journey of Billy’s dad (Martin Walsh) in accepting his son’s talent and chosen path which gains the biggest cheer of the evening.

Along with cheers there are tears when Billy reads a letter from his mum (Nikki Gerrard), humour through the excellent Andrea Miller as Billy’s grandmother and Annette McLaughlin, who plays his scathing yet supportive dance teacher, and awe when Smallman and the wonderful Luke Cinque-White perform a duet as Billy imagines his older self.

At the end of the show the cast rightly lap up their standing ovation, every one of them deserving of the rapturous applause.