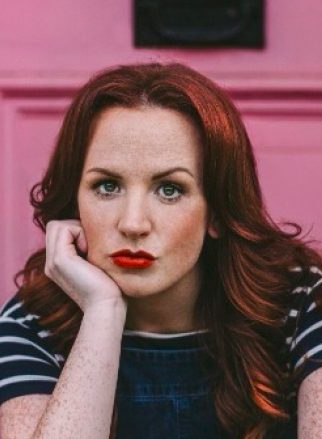 Unique anecdotes and thoughtful reflections make for a memorable hour of comedy.

“Is anyone else a little OCD?” Catherine Bohart asks her audience, only a few moments into the show. It’s a trick: as an actual OCD sufferer who has spent time in inpatient treatment, she hates it when people say that, she announces. Despite the friendly exterior she displays, Bohart is unafraid to be a little confrontational with the audience in this way. Throughout the show, she draws people in with casual-seeming questions, only to turn on them. She challenges a dad who claims to be more of a friend to his children, and quizzes an audience member about the flexibility of her sexuality in the event of their husband’s death.

Yet, despite the potential of mockery, Bohart manages to create an intimate environment. While Immaculate is a highly entertaining hour of comedy, it’s also something not so far from the group therapy sessions she reminisces about. She does not hold back at all, baring all about her personal struggles with OCD and coming out to her family. Her anecdotes are specific and amusing; she discusses her unconventional method of making sure things in her room stay in their allocated positions, and laments her ex-girlfriend’s realisation that a cleaning lady could offer similar services “without the emotional baggage”.

But if any of this makes the show sound bleak, it shouldn’t. Bohart’s set is a carefully-designed flow of laughs – some gentle, others snorting – while also being an intimate discussion of her life and the unconventional life of her father. She has some unique stories based on his upbringing in a convent and his later decision to become a deacon – which she was, she admits, less supportive of than he was of her bisexuality. She frequently makes hilarious asides to the audience, often referencing idiosyncracies of the Catholic faith, and keeps the audience firmly on her side even as they remain a little afraid that their sexual habits are going to be interrogated.

It’s an incredibly polished show for a debut, and could pass for the work of a much more experienced comedian, but the sincere tone and subject matter feels fresh and distinctive. Bohart’s reflections on family, differences of opinion, unexpected understanding and acceptance are moving and heartfelt, and when she interrupts her excellent finishing punchline with the rather tearful news that today is her thirtieth birthday the impulse isn’t just to applaud, but to hug her.