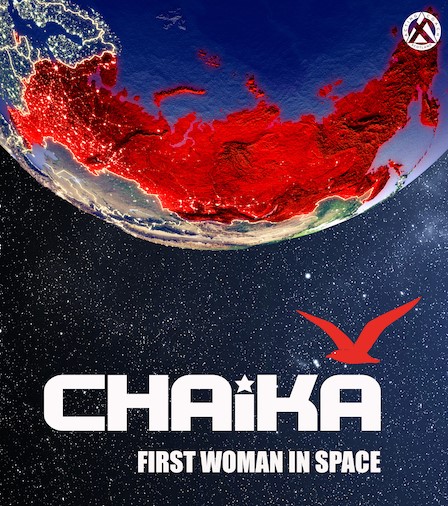 Drama focusing on one woman's journey into space

Schoolchildren learn about Valentina Tereshkova, the first woman in space. No one learns the names of those who went after her, or those who nearly went instead of her. Chaika: First Woman in Space, directed by Luke Kernaghan, has a fascinating story to tell. In less than an hour we learn how a textile factory worker went to space, the obstacles she faced to get there and the thrill of a secret she kept for over four decades.

Tereshkova’s childhood and teenage years were unremarkable but what is truly fascinating is the diligence she took to learn mathematics, robotics, physics and rocket science in order to qualify for the space programme. And to succeed she must please none other than Major Yuri Gagarin, the first man in space. The other four women who lose out also present their stories in the piece. They are all capable, smart and much more qualified than Tereshkova but through sheer hard work and some luck she triumphs.

The play takes on a more poetic form as she describes her journey into space, her panic and her eventual safe return. Chaika, which means seagull, is her code name. It’s hard not to get goosebumps as the beauty of our planet and the universe is described. A number of the audience are dabbing their eyes as our protagonist’s interaction with her mum is enacted.

The show does over dramatise certain events but they are not a wild leap of imagination. It also portrays the former USSR politics through a Western lens, which seeks to imply that the Communist ideology is a bit of a fail. But in context, the play is well written by Mark Westbrook and well performed by an all female cast. The hints of humour work well too. And the company succeed in bringing to life the lesser-known background of a well-known historical figure.