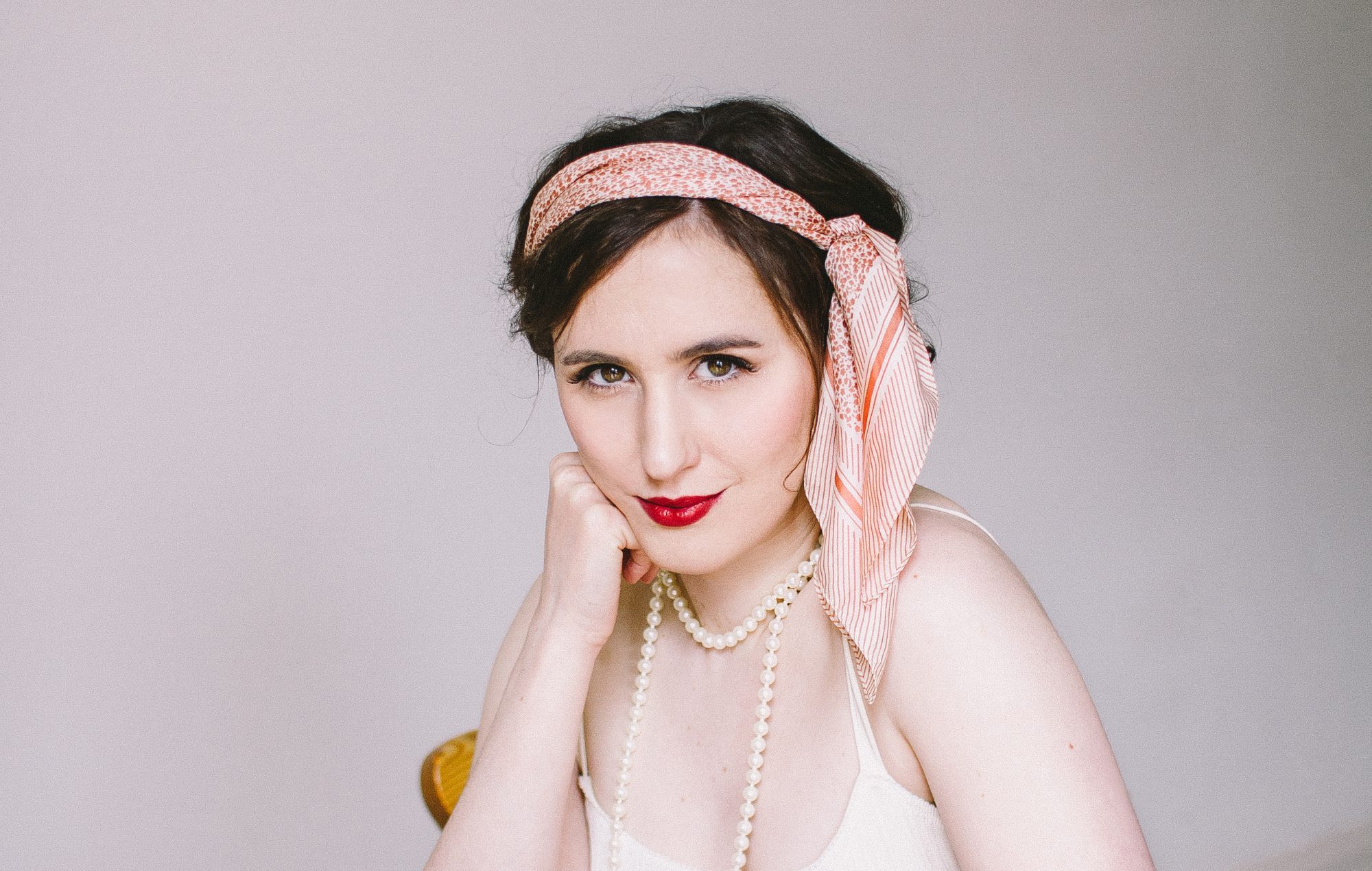 It’s the first day of the Fringe, and given its 12:45 slot Charlie Vero-Martin‘s Scrapbook is probably the first show of the day for most of her audience. It’s a tough starting position, but Vero-Martin is up to the challenge. She’s bright, sweet and friendly, and she’s not at all deterred when the audience’s response to her opening crowd work is monosyllabic. Vero-Martin holds a degree in History, and she’s not afraid to flaunt it. This show, a loose collection of short routines and character sketches, is held together by the idea of historical inspection. Her central thesis – that knowledge and context changes our understanding of history – is well constructed.

In the process of serving us up a few random slices of history, Vero-Martin presents us with a series of historical characters, from a foul-mouthed Jane Austen to a hyperactive Amelia Earhart. It’s during these character performances that she really comes into her own: She’s obviously more comfortable in character than as herself, and she begins to gain control of the room. Vero-Martin is keen not to upset or offend her audience, sometimes breaking character to assure us that a mildly scathing remark was just a joke. We already know that, of course: there’s not an ounce of malice in her, and we trust her implicitly, so it’s a pity that some of her sideswipes are de-clawed.

Not all of her jokes land this afternoon, but they’re all good. She has a sharp ear for a pithy phrase, and combines that with her historical expertise to good effect. Her use of puppetry is unexpected, and feels a bit incongruous. The puppets present the denser, more joke-light sections of Scrapbook, though the facts being relayed to us are genuinely interesting. There are a few strong social observations here, which Vero-Martin has crafted into solid punchlines.

Her finale is great, and has been cleverly foreshadowed throughout. The energy of Vero-Martin’s performance has been ramping up over the course of the show, and in many ways it’s only towards the end of the show that we see her full potential.