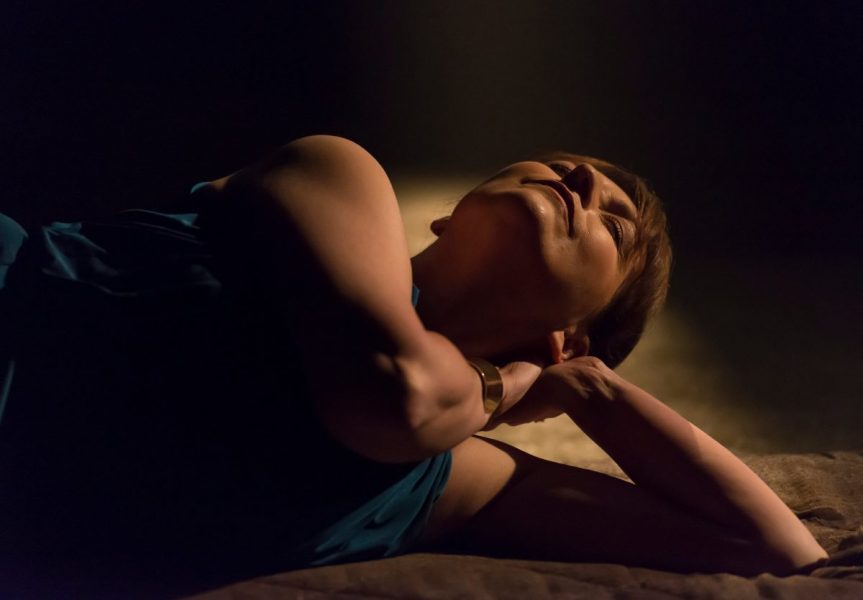 [rating:4/5] A one-woman play that maintains the Traverse is still a heavyweight of Scottish theatre.

Glasgow is known for many things; once the European City of Culture, it has an abundance of museums, beautiful Victorian architecture, and shops that make Edinburgh look like a backwater. It also has gangs. And where there’s gangs, there’s crime and violence. But this all feels a million miles away when we meet Ciara (Blythe Duff), glamorously dolled up like a Grecian heroine in the empty warehouse where her latest art venture is about to take off.

Everything about this production screams simplicity: Anthony Lamble’s vast but bare set; the solo, one-woman performance from Duff; the stream of inter-linking stories Ciara recounts. But the complexity lies in the story of a woman embroiled in Glasgow’s gang culture from birth and used as a pawn to advance the needs of the men who surround her.

Duff gives an outstanding performance as Ciara, hooking us in from the start and connecting with an easily relatable, down-to-earth likability. David Harrower‘s writing is wonderfully vivid, and it’s easy to forget that Duff is alone and mostly static on stage as the scenes play out in the audience’s mind’s eye. And yet there is a clever vagueness here – whatever exactly happened between Ciara and the artist, Torrance? Just how involved is Ciara in the gang scene? And where do her ethics really lie when corruption works in her favour? The daughter and then wife of respected gang leaders, Harrower leaves his viewers wondering just how culpable we believe his protagonist to be.

Directed by the Traverse’s new artistic director, Orla O’Loughlin, and the final play of the theatre’s 50th year, Ciara signals that the Traverse will continue its record of being a heavyweight on the new-writing Scottish theatre scene well into the future.