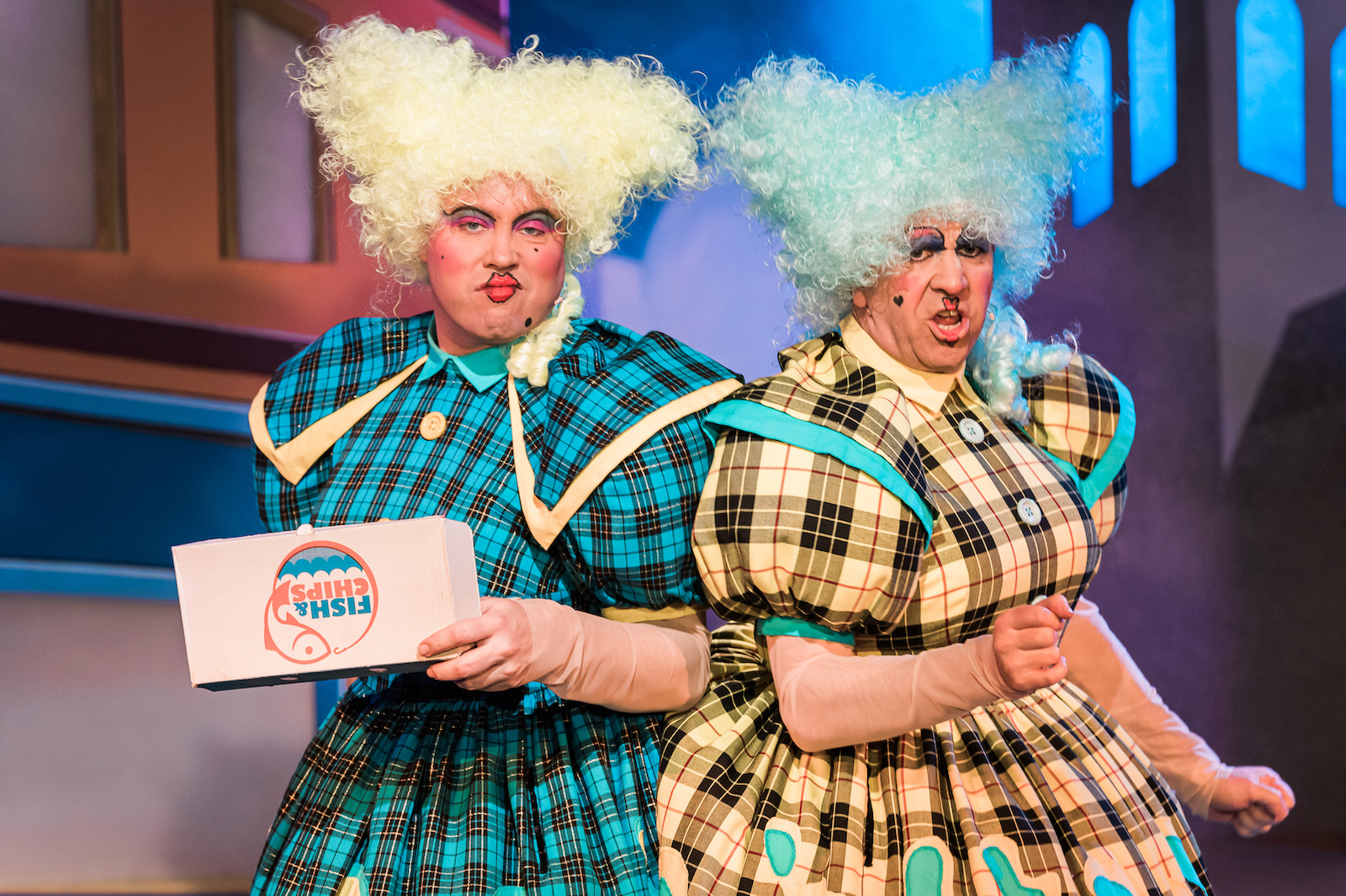 Nothing is more in the spirit of Christmas than watching a pantomime in a rundown shopping centre. PACE’s temporary home is magical and haunted, from the bleak escalators to the immersive winter woodland in their unconventional foyer. Without the excessive piles of food, glitter, and gifts associated with the season in countless films and adverts, it cuts through to the true meaning of Christmas with good will, good company, and a fantastic story.

This sweet but resilient Cinderella is working in her evil stepmother’s dress shop – hindered by her ugly stepsisters, somewhat helped by love interest, Bestie, and distracted by a snobby Prince Charming. The story is set in a realistic Paisley – they are running out of posh people to sell frocks to – and in a fabulous panto land with dancing animals, comedy routines, and a clever set that folds in on itself in a swirl of romance. The songs are smart and catchy, and the script is traditional but with a modern bite.

Chris Alexander and Alan Orr dominate the show as the ugly sisters, Tracy and Stacy, and act as a wildly funny chorus commenting on the action that mysteriously erupts around them. Alexander has a rampaging, vulgar appetite, poking fun at ‘courting’ by picking on an audience member and bellowing sweet-nothings at him. Meanwhile, Orr’s Stacy pursues the more genteel path of least resistance, undercutting pretensions with devastating observations. Dani Heron as the villain has perfected the art of expressing emotion with her teeth and gleefully cackles as she wields a banana skin like a bicycle chain. Nina Gray as Cinderella and Dylan Wood as Bestie together bring charm and sincerity to the central roles.

The professional members of the cast are complemented by the young members of PACE who dance, sing, and play the animals, party guests, and villagers. They not only bring huge zest and talent, but their proud family and friends dotted about the audience add a suitably festive sense of community and warmth. Being a youth theatre means that the prices are a bit cheaper, but the musical numbers are bigger. It’s a great afternoon or night out and also a bargain, being far better than many of the more expensive shows.

The seats were hard, with some lousy sight-lines for a plot that hinges on a shoe, but watching a small child in her best party dress bounce out into the freezing night, clutching the selection box thrown by the ugly sisters, is the stuff that treasured memories are made of.