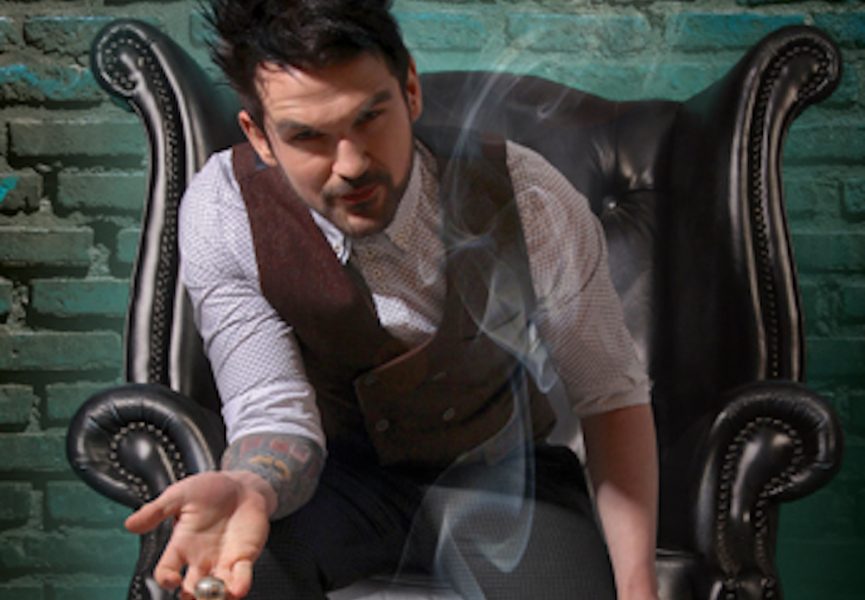 The showstopping finale from the impressive Colin Cloud will leave you slack-jawed.

Colin Cloud: Mind reader? Comedian? Showman? Psychic? Whatever he is, word is now out that this incredible talent is well worth seeing and he will convince even the most hardened sceptic that his talents are real.

This is Cloud’s third fringe and he has risen from being relative unknown to regular primetime television slots in the last year – his appearance with Holly Willoughby on This Morning just one that has helped catapult him into the mainstream. Nothing about this show, however, is mainstream as he selects audience members at random and proceeds to read their minds while all the time entertaining and thrilling the packed theatre with his charisma and charm.

He knows what word you would use to describe yourself, your date of birth, and your most intimate (and sometimes embarrassing) secrets. And in his showstopping finale he is confident enough in his own abilities to send a complete stranger plucked from the crowd out into Edinburgh with an antidote needed to quite literally save his life.

Like that episode of This Morning when Holly asked Colin to “do me”, the entire audience is internally screaming that very same thing. But the bigger venue makes it impossible for everyone to be picked themselves, or be sitting with someone who is picked, which was one of Cloud’s ambitions for last year’s show, Colin Cloud: Kills. It takes nothing away from the impressive feats of this great artiste but it is perhaps not as personable as in previous years.

Nothing beats the sheer disbelief from those who are picked though, as he correctly pinpoints their last dream or reveals how he had predicted that they would be picked at all right from the outset. And, in his final act before he invites the audience to join him in finding the stranger he has sent out into town, he uses random numbers to produce a baffling sequence leaving everyone slack-jawed.

His talents have been ‘exposed’, and it’s about time too!