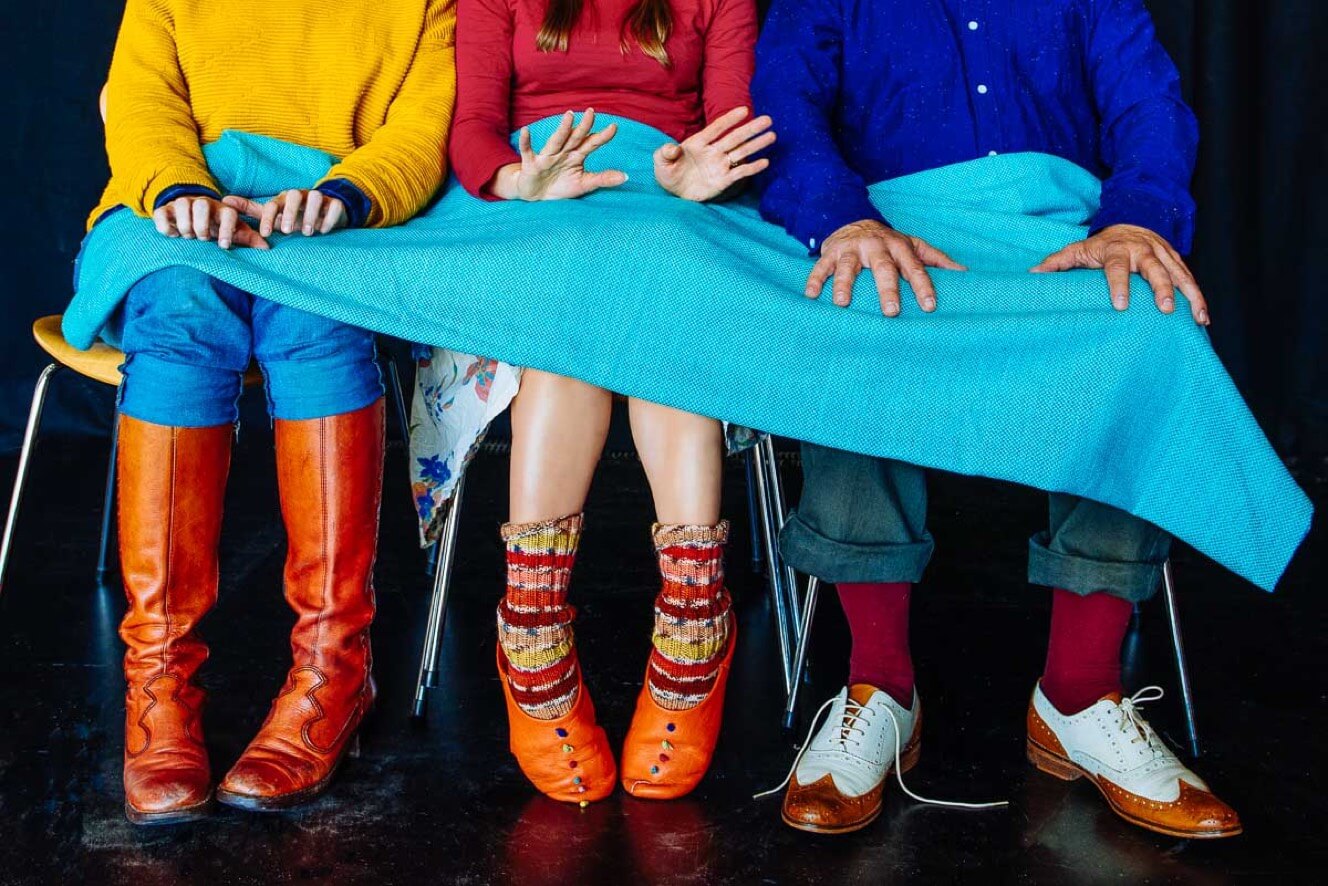 As soon as you walk up to the studio entrance of Eden Court, you know this is going to be something special. A cuppa, a greeting and a polite conversation as you are shown to your circus styled cabaret table. You will be joined by Bette, one of the four artists involved in this ground-breaking show. This is a bespoke show designed for those living with dementia devised by Magdalena Schamberger an Edinburgh based independent creative collaborator, director and theatre maker. This visionary lady who has thirty years of experience in creating physical theatre, was a co- founder of Hearts and Minds -an NGO who help vulnerable people through the art of clowning.

The audience of around 20, some with dementia and some there to support or maybe just interested and have no idea what to expect in the next hour. Will it be uncomfortable, depressing, cringe-worthy, and will they be forced to participate? Not so! As the show unfolds, they are drawn into a different world. One of charm, gentle humour, storytelling, dance and music. This is thanks to the skills of Bette played by Christina Liddell, Charlie played by Tim Licata, Fred played by Colin Moncrieff and Vicky played by Nicolette MacLeod. These four characters are loosely based on Fred Astaire, Moira Shearer in the Red shoes. Charlie Chaplin and Bette Davis.

With minimal dialogue the players invite you to ‘Let’s Go!’ The vignettes are seamlessly sewn together with exquisite dance, song and music. An overall feeling is created of a journey with friends to interesting places presented with old fashioned courtesy and hearts full of kindness. There are choreographed suitcases and photo opportunities without dialogue to explain what is happening, and even a humorous dance with the bare feet of Fred and Bette telling the story.

Gently Bette lays a small suitcase on your table and invites you to explore. What delights are in there? A Pan Am cocktail stick, a Spanish fan, flight tickets, a wind-up radio, a collection of souvenirs reminding you of past and present. Objects every home has tucked in the loft bringing happy memories.

There are moments of poignancy based on a red dress, beautifully played and sung by Vicky seen briefly on-screen dancing en pointe. Finally, an invitation to dance from Charlie admirably moving the action with his invitation to ‘Lets’ Go’. The glue bringing this show together. Finally, you are invited to dance. A joyous, non-threatening and pleasant experience.

This marvellous show has been carefully crafted and researched through expertise in physical theatre and responses from focus groups. This attention to detail is evident in every aspect of the production from the careful lighting and music, the kind but not patronising performances and the overall feeling of freedom and pleasure. The performers are a superb multi-talented crowd and the production a delight from beginning to end. This is show which although developed for a specific audience should really be enjoyed by everyone. It brings sunshine into a rather fractured and aggressive world.