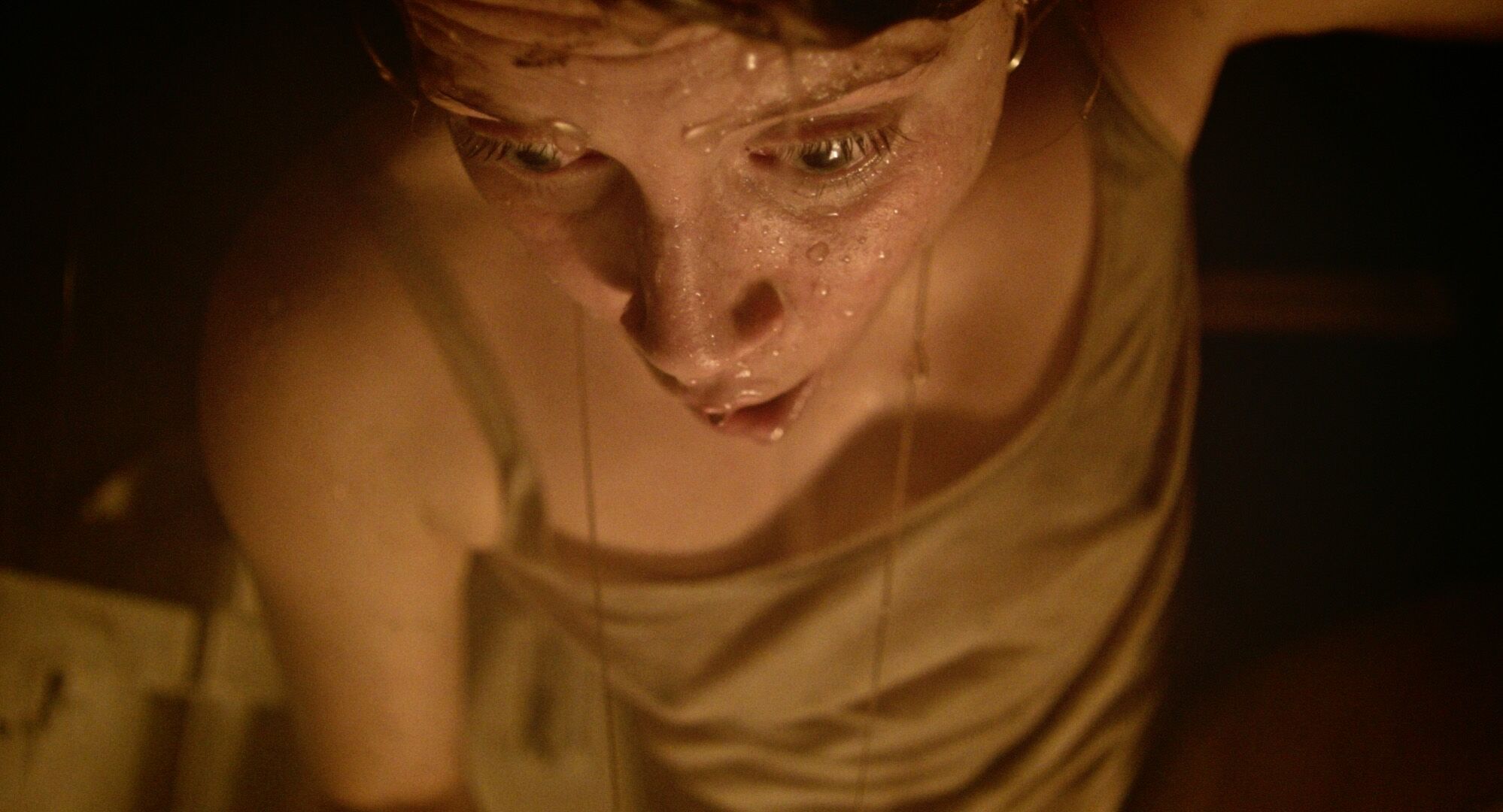 Horror, as a genre, can utilise many different guises in its attempt to terrify the cinema-going public, with creepy dolls, supernatural monsters, and psychotic killers all being commonplace. Often, though, the most effective type of horror is that which simply focuses on ordinary human beings placed in highly stressful and traumatic situations, foregrounding the struggle to survive and the lengths to which they are willing to go in order to do so. That is where Cutterhead succeeds.

The debut feature film for Danish director Rasmus Kloster Bro, Cutterhead follows PR representative Rie as she documents the tunnel-boring process to construct the Copenhagen Metro. Rie quickly finds herself trapped in an airlock of the bore (the titular cutterhead) with engineers Ivo and Bharan after an accident, with the trio attempting to survive in the claustrophobic environment until help arrives.

It would be very easy to make a comment about how the film is anything but “boring”, yet it would also be very true. With its 86-minute run time, Cutterhead never overstays its welcome, instead utilising every minute to facilitate a claustrophobic experience that will be sure to turn the stomach of even the sturdiest audience member. This claustrophobia is rampant from the moment Rie begins her descent and only increases as the film progresses, heightening the stress and the tension for characters and audience members alike – to the extent that the latter feel like a fourth survivor.

The entire film is incredibly minimalist, taking place mostly in two bare rooms which are simultaneously filled with character, and it works wonders as a result. Perhaps most important is the sound – or lack thereof. There is rarely any non-diegetic noise, replaced instead by the natural sounds of the airlock and breathing of the characters. This allows the film to perfectly simulate the experience of the characters; from the shifting air-pressure to the struggle for oxygen, all of it is masterfully crafted and helps to increase the tension and stress felt throughout the auditorium.

Of course, the film would be nothing without its three primary characters, all of whom are excellently portrayed and dominate the screen, if only for the lack of space in the airlock (which even the camera struggles to fit in at times). In particular, Christine Sønderris excellently characterises Rie, whose side the camera never leaves, allowing the audience to gain a great deal of sympathy for her, despite her dubious morality.

As far as debuts go, Cutterhead is a roaring success and delivers a wholly unique experience in terms of horror cinema. Most importantly though, it highlights Kloster Bro as a director to watch out for.