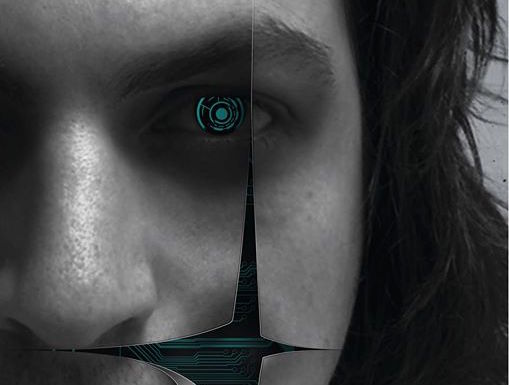 Issues around artificial intelligence and the singularity are explored in this contemporary Frankenstein.

Shade Theatre have brought Frankenstein into the modern age in a story about artificial intelligence. The idea, according to writer Lewis Aaron Wood, stemmed from a joke in a park about turning Frankenstein’s monster into a robot. What started in jest has evolved into a rich script addressing ethical questions about control and self-determination in AI.

Mary Shelley’s original 1818 novel was inspired by innovations in modern medicine and electricity. The use of dead bodies for medical research was viewed as giving god-like powers to ordinary men. Questions about religion and self-determination flourished, as people debated whether surgeons should be able to alter bodies. It might put them on the same level as God. Similar questions exist today, but the focus is on whether we should allow a new being to be as intelligent as ourselves. Frankenstein’s historical use for critiquing science makes it an ideal candidate for addressing AI, a brilliant idea on Wood’s part.

Wood brings a second interesting angle into the mix when he gives his modern Frankenstein, Victor Stone, OCD. His monster’s grapple for self-determination away from his Creator is mirrored in Victor’s fight to gain control of his own mind and surroundings. The topic feels like a nod towards our increasing efforts to perfect ourselves. Whilst Victor invents a humanoid that could eventually become a better version of humans, he also considers using medication to improve his sleeping pattern. A parallel seems to be drawn between antidepressants and app upgrades, but the play suggests that AI cannot ever truly know what self-control feels like. No matter how superior technology might become to humans, that is one thing where people always excel.

The actor playing Frankenstein’s modern monster does a great job of avoiding playing a stereotypical robot. He is almost human, which plays directly into that widespread discomfort about technology becoming too much like us. His haunting stare and articulate speech creates a tension onstage that plays into our apocalyptic fantasies about murderous robots and humanity being replaced.

At times the stage felt a bit cramped as the performers attempted to move large blocks between scenes. The frequency of stage and scene changes sometimes interrupted the flow of the piece, which a bit more spacing out of the set and timing could resolve. Nonetheless the ideas in the piece show a lot of depth from the playwright’s writing, and hopefully the start of many more Frankensteins inspired by our next technological revolution.