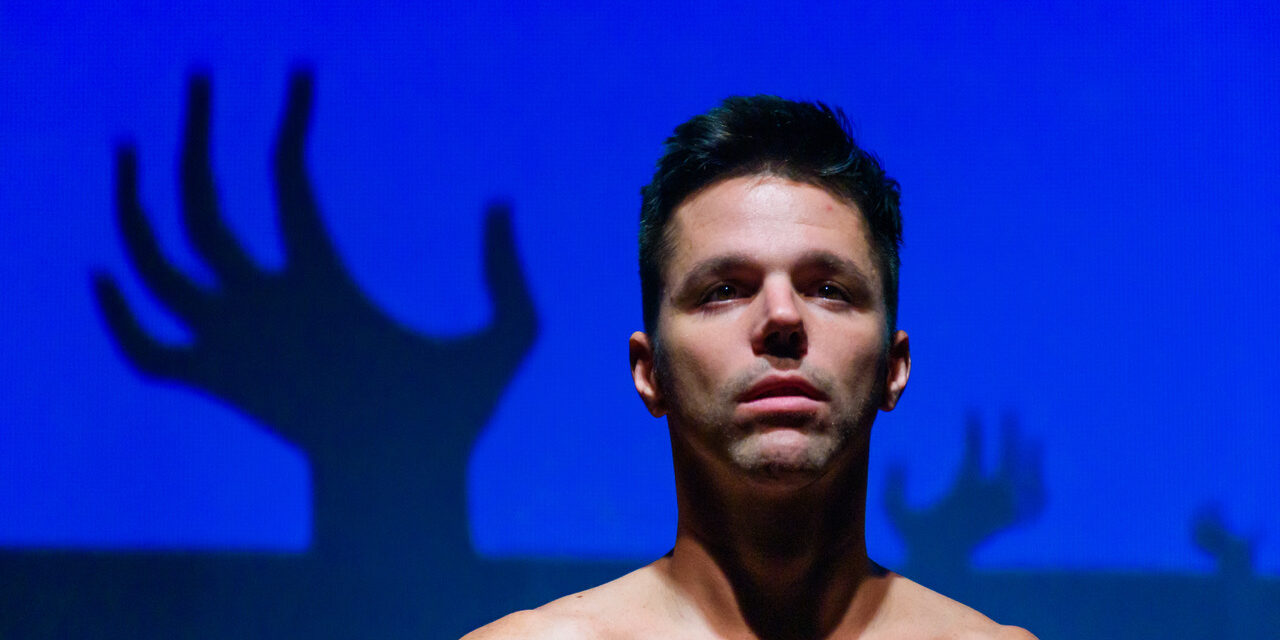 As the world battles a fast spreading global pandemic, governments are considering extreme surveillance methods that will track citizens’ movements, contacts and even vitals. In such a world, the premise of Department of Dreams doesn’t feel too far-fetched. In this Orwellian comedy, a government department forces people to deposit their dreams. It then proceeds to scan, interpret, sort and file them. This is of course branded as being for the ‘safety and comfort’ of people, so to speak.

John Logan plays Dan, the protagonist, whose character follows the same path as the audience – with initial scepticism to full-blown shock at the extent of the department’s reach. Dan is brought on board by an Officer (David Frank) and the Master (Bo Roberts), who is the department’s top dream interpreter. As Dan gets better at interpreting and sorting dreams, he finds out more about the methods and the motivations, before he finally asks the question of the humaneness of his superiors, which is bound to lead to challenges.

There is much to be praised here. Logan excels as a convincingly disturbed protagonist. Whilst he is keen to please his superiors and learn as much as he can, he is also suitably intrigued by the occurrences. His reaction to a fellow worker self-harming in order to channel dreams that are ‘in-demand’ represents a turning point in the play, and his vocalisation of the ‘need for humanity’ provides a much-needed catharsis for the audience. Likewise, the set design is striking, offering a visual representation in the form of exaggerated artwork in the background. Artistic director Frédérique Michel’s work is truly remarkable.

Playwright Jeton Neziraj’s background shines through in the writing. He lived through the ethnic cleansing of the Balkans and that influenced his career as Kosovo’s leading political playwright. However, the play struggles with the treatment of certain sub-plots. Dan meets the enigmatic Night, for instance, and she agrees to kiss him in return for a job. But this tangent adds nothing to the narrative, and serves merely as a distraction to the original story-line. In what also feels like missed opportunity, are Dan’s visions of a former employee who tries to warn him of the dangers associated with working for the department.

The main question that the audience is left with is why Dan doesn’t act sooner. It is well into the second-half of the play that Dan’s character truly unfurls. Which leaves the first half rather dry. And if you are watching this online during the current lockdown, that does mean a slow build-up.

But if you don’t mind that, this is a well written dystopian play. Its Black Mirror-esque treatment of surveillance is attractive and topical and with some strong performances and an interesting set design, it will make for welcome entertainment.