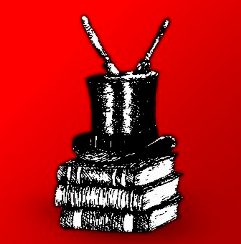 The company behind Shakespeare for Breakfast take on Dickens' classic, Great Expectations, in their madcap afternoon show.

Clutching a cup of soup and a bread roll (in typical Dickensian fashion) the audience take their seats for a whirlwind race through arguably one of Charles Dickens’ greatest works, Great Expectations.

The rags to riches story of Pip who is taken from orphan to gentleman by a mysterious benefactor and eccentric characters such as Miss Havisham are known to most but if a literary retelling is what people want over their ‘dinner’ then they may well be left mightily confused by this madcap version of the tale.

With a cast of just four, Dickens for Dinner has grown from the twenty seven year Fringe success of Shakespeare for Breakfast, the coffee and croissants served up in the morning replaced with soup and baps for the afternoon showing and the cast work hard for their ‘tea’ changing from character to character and side to side of the stage in a flash to keep the story ticking over.

It is packed full of fun, energy and the odd nod to other literary works such as Hamlet and Oliver Twist, musicals like Joseph and his Technicolour Dreamcoat and celebrities like Mick Jagger. One unsuspecting member of the public is asked to join in as the unnecessary inclusion of Mr Pumblechook (because he has a funny name) and there are props a plenty from a very strange sock puppet who plays one of the foremost characters from the novel, to a human gravestone.

It is silly, it is amusing and it even provides something a little different with its soup and roll contribution but for Dickens’ enthusiasts it strays a little too far from the storyline.