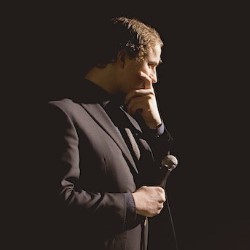 Donald Robertson is Not a Stand-Up Comedian