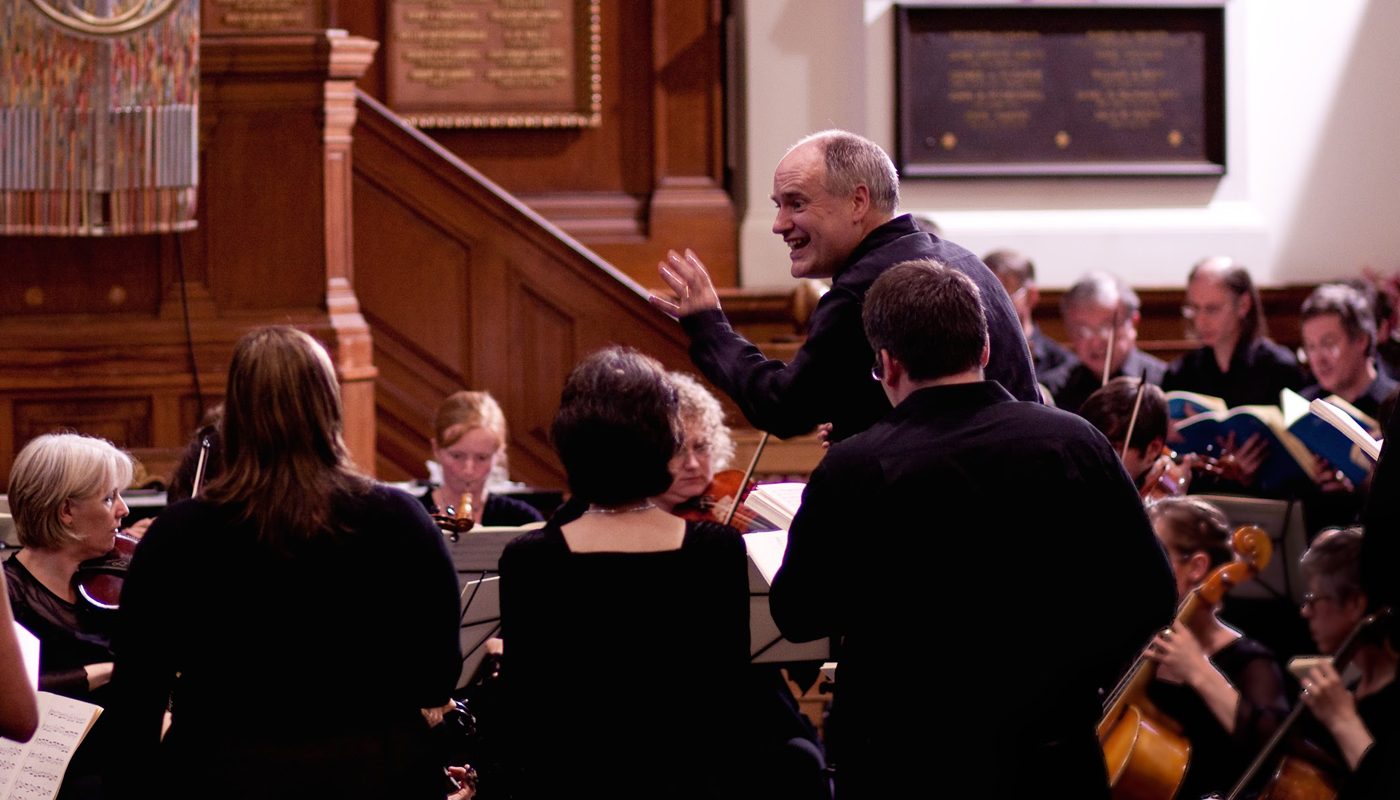 This morning’s Queen’s Hall concert, the first of this year’s Edinburgh International Festival Queen’s Hall concerts, has been very much anticipated. And no wonder. Scholar, conductor and keyboard player, John Butt, brings his deeply inquisitive programming to reveal some new treasures, performed here by his early music group, the award-winning Dunedin Consort.

It doesn’t disappoint either. Joined by soprano Sophie Bevan, and tenors Nicholas Mulroy and Gwilym Bowen, Butt unearths some wonderful pieces in this programme of music from 17th century Germany and Italy, most notably those from the musical melting pot of Venice. The music this morning invokes images of conflict and contrasts, and is often richly symbolic.

We start with a wonderful Toccata by Froberger, a piece with fabulous flourishes throughout and played with verve and élan by Butt, who in his own inimitable style, adds extras of his own, a practice that would have been commonplace when it it was written.

Two short pieces by Monteverdi follow (both duets): Armato il cor is set in his “agitated style”, contrasting images of love against warlike fast music; and Zefiro torna, a duet for two tenors, where violins and voices tumble about themselves rejoicing the coming spring.

There are more instrumental only pieces of note by Marini (Passacaglio à 4), Buxtehude (Sonata in A major), and Rosenmüller (Sonata No. 7 à 4 in D minor ): all wonderful, relatively unknown, and played beautifully.

There are several works by Heinrich Schütz sprinkled throughout the concert. Schütz moved Venice in 1628 and clearly revelled in all that was happening there and responded with much music. This morning’s concert includes Güldne Haare, gleich Aurore, and religious works, O süsser, o freundlicher and the more punchy Es steh Gott auf. These are sweet in their treatment, and highly expressive.

The highlight of the concert is Schütz’s transcription of Monteverdi’s Il combattimento di Tancredi e Clorinda from his Eighth book of madrigals, which is ground-breaking in its scale and emotional range (Monteverdi was truly the first modern composer). The work is set as a dramatic scena, sung by Mulroy with the other two singers playing the title roles, albeit briefly.

This epitomises the agitated style in a big way, with scores of different string textures, rhythms and techniques (this is the first time pizzicato or plucked notes were ever used). Mulroy’s narrative is a tour-de-force. Ultimately this is about love, but with a warring theme as the lovers draw swords as if to do battle, and their rage towards each other swells. Monteverdi exploits the psychological vividly in his music.

As one would expect from a Dunedin Consort, this is wonderful and thought-provoking concert: thoroughly enjoyable.