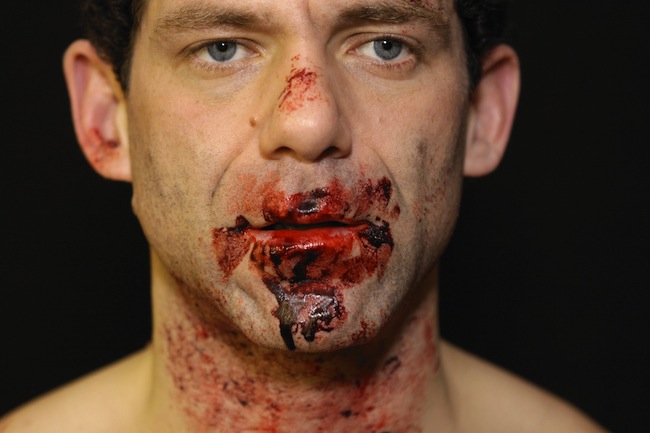 [rating:4/5] A mad plot, plenty of gore and oodles of humour - all the makings of a cult classic.

Every artist needs inspiration. The problem for Lars (Thure Lindhardt) is that what really gets his paintbrush moving is blood and guts. Luckily for him, his new job comes with an expectation that he look after vulnerable Eddie (Dylan Smith); a lonely mute with a frowned-upon tendency to get up in the middle of the night and eat anything that moves.

Any film that includes the line “Eddie’s outside, he’s eating people” is bound to be either horrendously bad or ingeniously good. Thankfully, it’s the latter. As the title suggests, this is a bizarre and often hilarious film delivered by director and co-writer Boris Rodriguez with deadpan faux-sincerity. Despite his savage acts of violence, Smith is adorably innocent as Eddie, while Lindhart captures a deliciously creepy progression from nice out-of-towner who’s a bit confused by his new friend, to art-obsessed, selfish maniac. The jots of comedy that slowly and subtly develop into ridiculousness are a clever touch, emphasising the all-round poke of fun at the arts as a medium obsessed with brutality. A mad plot, plenty of gore and oodles of humour; this film has all the makings of a cult classic.