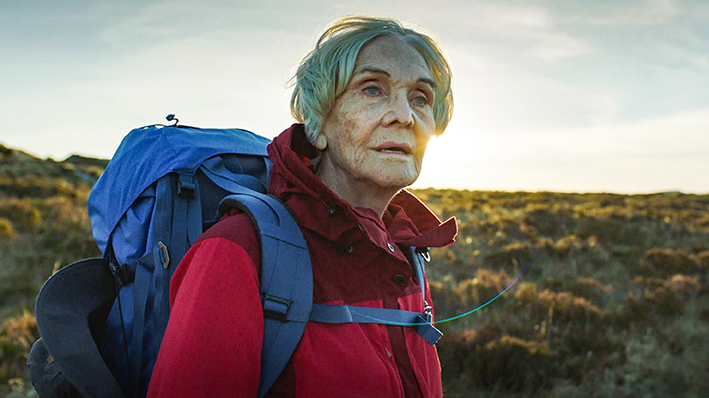 Trapped for decades in an unloving marriage with a cold, controlling husband, Edie (Sheila Hancock) is finally released at his death – only for her selfish and unappreciative daughter to place her in a home. Intent on realising a lifelong dream, Edie takes the bold decision to climb the mountain of Suilven near Lochinver in Scotland. To help her on her way, she enlists the help of local Jonny (Kevin Guthrie), with whom she forms a close bond during their time together.

Many films at this year’s festival have tried (and probably succeeded) to win round the local target audience with scenic shots of the Scottish countryside, but few if any pull off the trick with such stunning sublimity as Edie. Scotland’s canvas sells itself well, but set against Debbie Wiseman’s atmospheric soundtrack and coupled with the touching storyline of Edie’s tragic past, these hills and glens become all the more beautiful.

Indeed, the story itself might well be simple enough and the camaraderie that develops between Edie and Jonny signposted a mile off, but their relationship progresses at such a natural and genuinely believable pace that the audience won’t mind at all. It doesn’t matter that you can probably guess the film’s finale without even seeing the opening credits; Simon Hunter’s direction and the impeccable acting from both of the leads is sufficient to keep the viewer engaged and emotionally involved throughout.

An inspirational story about the importance of following one’s dreams and not wasting a single speck of sand in our short, short hourglasses, Edie is a cinematic delight. For all those world weary souls tired of the seemingly endless parade of atrocities and disasters that the media bombards us with every day, the film is a much-needed tonic for tired minds, bodies and souls.