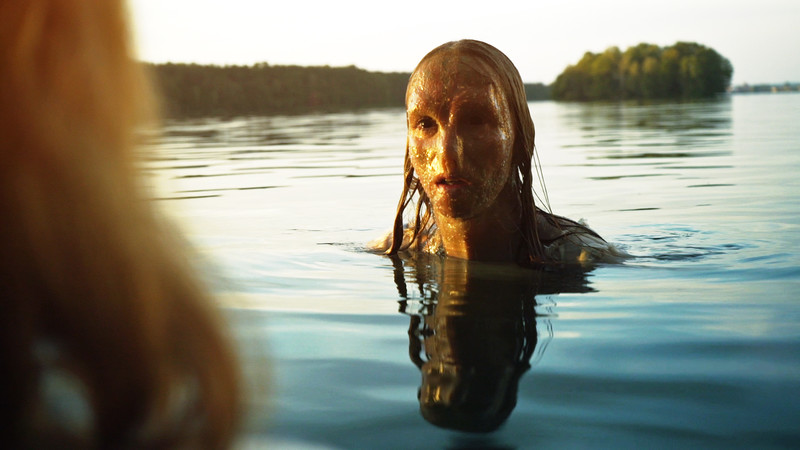 A mixed bag of international shorts, dealing with themes of belonging and identity.

The third screening of this year’s Edinburgh Short Film Festival is Liminal Spaces, a grouping billed as “films which focus on characters, situations and concepts which fall among those nebulous, in-between places that we sometimes struggle to define…”. In other words, this collection of ten films from all over the world is something of a miscellaneous mixed bag, a smorgasbord of selections about people and ideas which don’t quite belong. To usher them in the door at Summerhall, they’re made to feel welcome with a poem from Canadian writer Patrick Errington. The lights dim and the programme begins.

Proceedings are kicked off with the French experimental film Fog People, which imagines to what lengths we may go in order to see our own reflection if the clouds should fall on our heads. The husky narration and stylistic cinematography is abstract, atmospheric and more than a little creepy, setting the tone for what’s to come. A Scottish double-header follows with documentary Plastic Man (as one man seems to simultaneously become at one with and destroy nature) and surrealist, Groundhog Day-inspired farce The Man Who Never Went Home, one of the stand-outs of the evening due to its offbeat humour and rubber-faced protagonist. A short, heart-warming parable about the power of parenthood is up next in the shape of Mexican-British collaboration A Little Grey, before roving psychological thriller The Expedition delves into the wilderness of the human psyche and rounds off the first half.

A short interlude is followed by Reverie, a musing on the limitless potential of young Londoners which wouldn’t look out of place on an Adidas advert. Then comes the finest work of the night Hilde, a tense and emotive story from Austria about a girl morphing into a fish in front of the eyes of her horrified mother, with several possible subtexts and a hefty sting in its tail. Greek satire Whack puts suicide under the spotlight, skewering the direction in which society is headed with deft humour, while Sakrosancto is the briefest and least accessible short of evening, as much dominated by its booming soundtrack as the monochrome gears and cogs whirling onscreen. Multi-award winning Schirkoa (India) rounds out the evening with the most visually and conceptually imaginative film of the night, featuring a grim dystopia where everyone wears a bag on their head and immigrants have become outlawed.

While some of the offerings are undoubtedly of a higher quality than others, the Liminal Spaces selection offers a variety pack of cinematic fodder with something for everyone and everything for no-one. It’s followed by a Q and A from Lyle Bushe and Dechlan Nicholson, two of the crew members behind The Man Who Never Went Home, which provides an interesting window into the various pitfalls and challenges faced by budding studio companies as they feel their way into the business. All in all, it’s an entertaining night full of new ideas and more than a twinkle or two of real, raw talent, signposting things to come from these fledgling filmmakers.