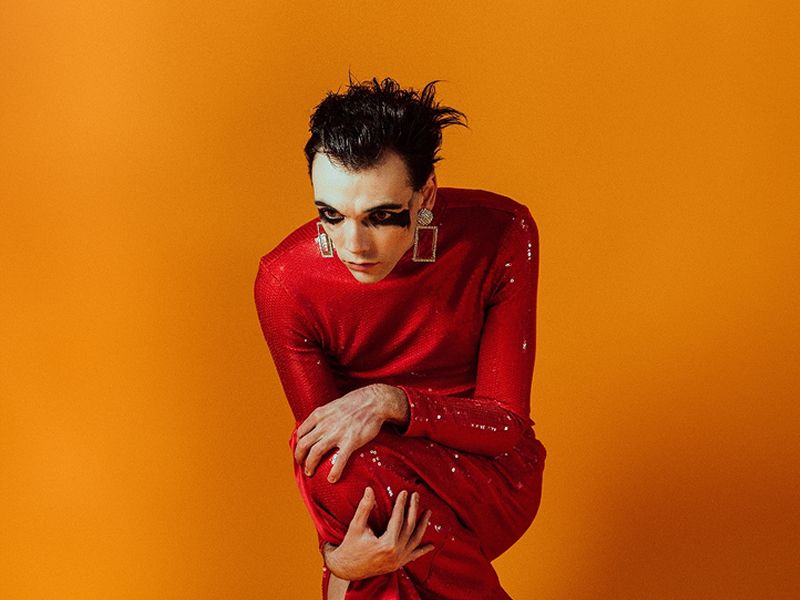 Eve: All About Her

Intense hour of manic monologue is tricky to penetrate

Undoubtedly a powerful and intense presence

Spotlit centre stage, Keith Ramsay begins Eve: All About Her by reciting the cast and crew credits of the film to which this show is paying homage – 1950’s All About Eve. It quickly suggests some of the themes of this performance – fanaticism and obsession. Here begins an hour-long spoken word piece that plays with rhyme, rhythm, and repetition, and hurtles into a rabbit-hole of Old Hollywood and queer icons. Lose focus for a second and you may well be, well, lost.

Ramsay is undoubtedly a powerful and intense presence on stage. His expression is manic and effusive and he excels in each element of the performance – singing, mimicry, movement, emphatic line delivery – although the effect of all of this combined is sometimes bamboozling. It feels like ten different shows have collided into one.

As for the content, it’s an explosion of storytelling, monologue, and song, and attempts to explore the rise and fall of someone seeking fame and glamour. Trying to pin down a clear narrative, though, is tricky. By the time we follow one reference to a film or dead female celebrity, we’ve moved on to a new train of thought. It’s a fever dream of stars and quotations: Sylvia Plath, Courtney Love, Amy Winehouse, Vivien Leigh, Bette Davis, Madonna, and more.

The musical interludes are welcome, giving us the opportunity to take a breath and readjust. Again, Ramsay is an exceptional vocalist, and his interpretation of some classics – Dream a Little Dream, Back to Black – are compelling.

Eve: All About Her provides a glimpse into the mind of an obsessive fan losing grip on reality. By the finale, Ramsay is dripping with sweat and his running makeup recreates the look of Heath Ledger’s unhinged Joker. The content is tough to penetrate, though, and the impressive effect of the show is due more to Ramsay’s performance than the writing.