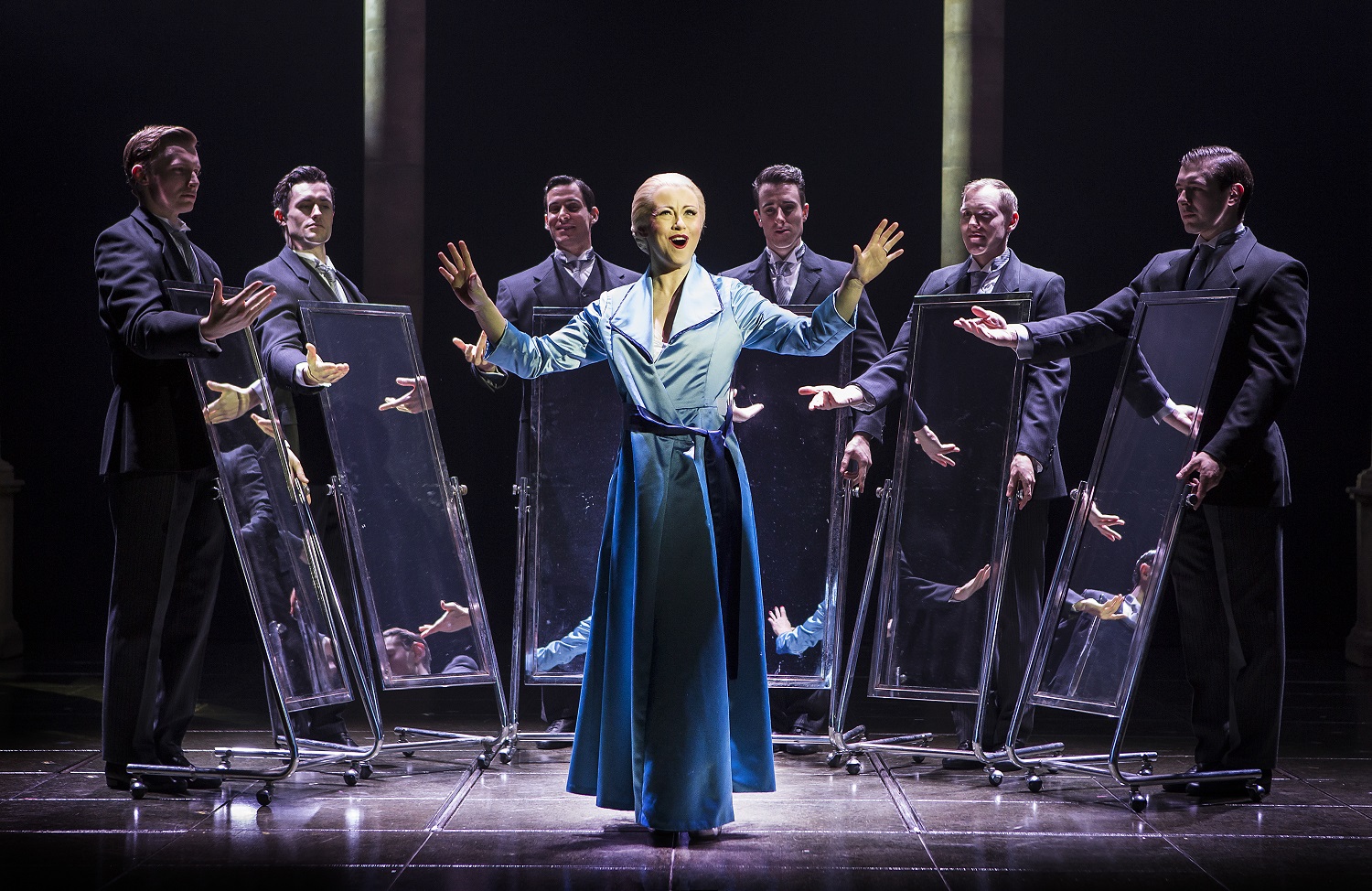 Still on a successful UK tour that began last year, mega-hit Evita returns to Glasgow at the King’s Theatre to draw more crowds and make more people weep. Within minutes of the curtain rising we are witnessing the state funeral of Argentinian icon Eva Peron. The staging is grand with stretching church columns and a saint-like portrait of the titular heroine looming over the mourners. Choral chanting, regal trumpets and crashing cymbals all emphasise the extremity of the scene and the audience realise – if they hadn’t already known – that this show isn’t magical nannies, flying cars or a jukebox pop musical. Andrew Lloyd Webber and Tim Rice are tackling politics, revolution, death and celebrity.

On one hand it’s these grand concepts that help bring gravitas to Evita: it charts the political and emotional overhaul of an entire country at a time of massive reforms in economic and social policy. On the other hand, it is the personal journeys of Eva and Juan Peron that connect with the audience and grip us effortlessly. The protagonist’s transitions through life are fascinating: from a childhood of poverty to life as a fledgling actress and, ultimately, her status as a figurehead of her nation, revered in Argentina to this day. The musical also presents us with decisions to make, though. How do we feel about Peron? Do we admire her tenacity and achievements? Or should we dismiss her as vain and manipulative? In this production, Madalena Alberto’s performance leans towards the latter impression. The actress is incredibly talented; her voice powerful, soaring and controlled when necessary. But it feels as if the role would benefit from more vulnerability and naivety, particularly in the first Act. This missing pathos might elicit more sympathy from some audience members.

However, this doesn’t dampen the show’s achievements. The music is undoubtably masterful. The songs move us, invigorate us and even make us laugh, and Gian Marco Schiaretti as narrator, Che, is incredibly charismatic with an outstanding vocal range. The standing ovation at the close is as much for him as it is Alberto.

Evita is one of Lloyd Webber and Rice’s most successful productions and hasn’t lost any of its power. The music has avoided the curse of several other musicals created in the 70s and 80s – never feeling dated thanks to the acoustic live orchestrations (as opposed to drum machines and synths) – and stays with the audience long after the curtain falls. This is a megahit that has relied, not on gimmicks, but on the power of its music, spectacle and story to survive.