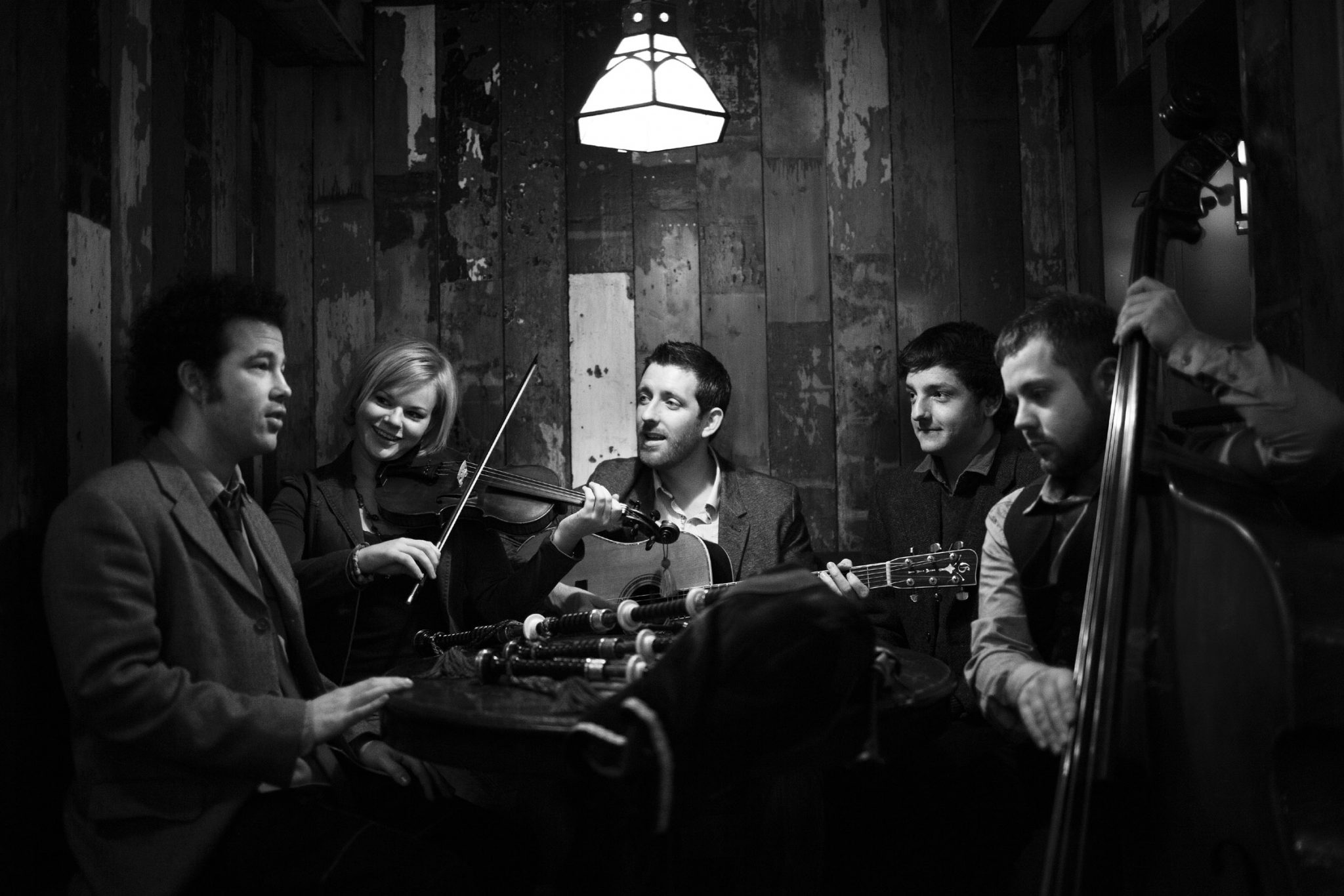 Back from an Australian tour, the folk band fuse heritage and innovation at Stirling's Tolbooth.

The audience is here tonight to see the Scottish folk band Breabach at their first appearance on stage since their return from their Australian tour. Without further ado, the band walks on the stage of the Tolbooth and greets the audience with their first song Monday Night at Riccardos. The instrumental song is an excellent choice to start their set, the rising beat and energy putting the audience in the mood straight away and showing them what is to come tonight.

It is followed by the Gaelic song Mo Thruaighe Leir thu ‘Ille Bhuidhe, retelling the tale of whisky smugglers. The rest of their set glides between melancholic and jovial, and between English and Gaelic, showing their true talent with musical arrangements. A highlight of their first set is their beautiful rendition of Outlaws and Dreamers by Dick Gaughan. The way the song was written, but moreover the way they arrange and play it tonight, transports the audience into the world of artists on the road.

The second part of the show is softer and more nostalgic than the first. Two highlights are the songs Midnight Sun and The Old Hill. The former was written by a member of the band after he ran a marathon in northern Norway, which gives a beautiful imagery to the song, and the latter tries to mimic the rhythm of walking, which it does admirably.

With seamless accompaniment from various instruments (from the fiddle, the guitar and double bass, to the flutes and bagpipes, and sometimes accompanied by tap dancing) their beautifully crafted songs, and their talent as musicians, show the audience just why they won Folk Band of the Year at the Scots Trad Music Awards in 2017.

Their songs are not only modern, full of effervescent youth and passion, but also tightly connected to their folk music roots. They show the best that Scotland has to offer in terms of traditional music, but also young talent. They fuse the heritage with the innovation to create an enjoyable show to watch and hear.

Finally, when the night ends, they come back for an encore with a song that will leave many in the audience wanting more. They dance and sing and jam with each other, offering a great show but also a glimpse into their passion and affinity as a band.