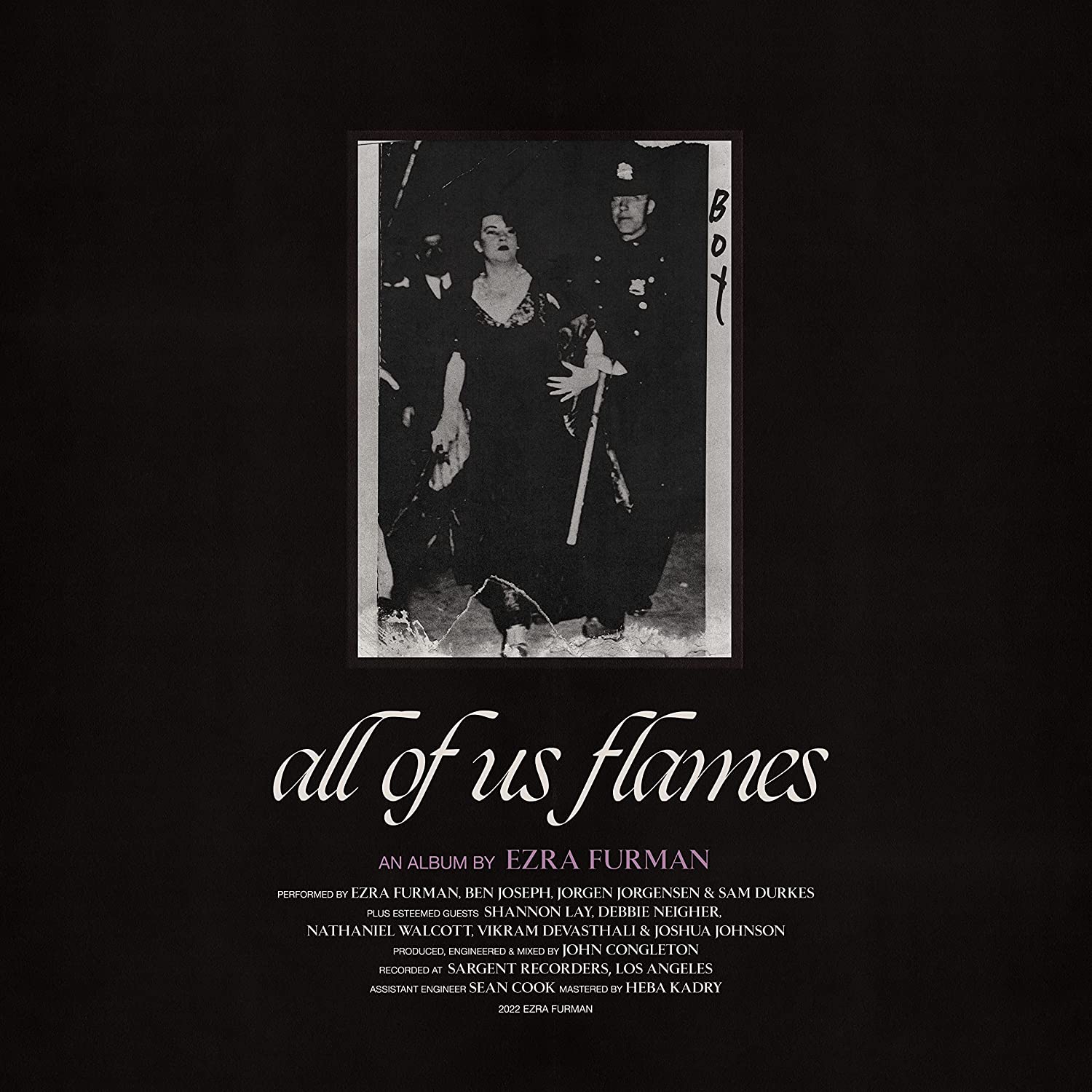 Ezra Furman
All Of Us Flames

Ezra Furman continues to omnivorously devour different styles, regurgitating each one through a prism that could only be her

All Of Us Flames is Ezra Furman’s sixth album since going solo a little over 10 years ago. In that time she’s shown a proclivity for raspy takes on the sort of rock’n’roll that dominated in the ’70s, ramshackle horn sections and storytelling that firmly centres the outsider, especially the queer community.

These touchstones are still found here, on an album that manages to crackle with lo-fi earnestness (Train Comes Through, Ally Sheedy in the Breakfast Club) and show off some polished synth-work (Forever in Sunset, Lilac and Black). But there’s also the additional lyrical conceit of biblical themes, right down to the title that takes inspiration from The Torah. Furman has touched on this previously, and is currently undertaking rabbinical studies, but it’s never been as clear as in songs like Poor Girl a Long Way from Heaven or Book of Names.

That’s already a lot to pack in to three-quarters of an hour, but there’s also time for weary Americana in the vein of Gillian Welch (Train Comes Through) – an opening track that builds from lo-fi beginnings to bombastic guitars so gradually it feels like an aural illusion. Throne has plodding percussion and keys reminiscent of an early Jack White mini-epic, followed up with some wonky trombone to complete that ‘haunted parade’ vibe. Dressed in Black is Furman’s take on The Shangri-La’s deep cut of the same name, staying true to the original insofar as it’s cute and catchy on the surface, complete with wah-wah backing vocals and Spectory wall-of-sound production, but comes with violent undertones in the lyrics.

Every song here deserves its own write-up as there’s often something radically different from one moment to the next. The album loses a certain amount of cohesion because of this, feeling at times like a bit of a compilation, but Furman’s strong narrative voice and keen ear for melody keep the rickety wheels on. Come Close finishes the album with a few quick character portraits of the sort of outsiders that Furman clearly identifies with (including herself) with a minimalist backing. It’s a low-key finale that highlights Furman at her best (along with Ally Sheedy in the Breakfast Club) – just a sparse arrangement and whole lives painted in simple, but poignant brushstrokes.