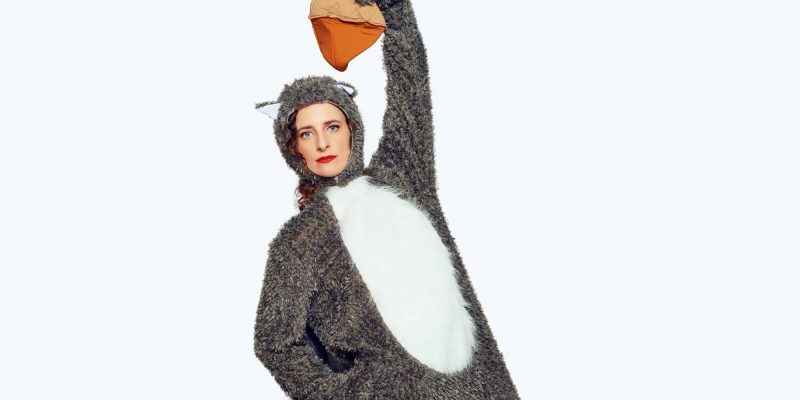 Ward doesn't falter in a family-themed hour of comedy

After two years of substituting the Fringe for family holidays, Australian comedian Felicity Ward is back. Having received acclaim for her shows which generated laughs from the topics of physical and mental health back in 2015 and 2016, this year’s set covers multiple themes, with an emphasis on the family. A considerable amount of time spent living with her husband’s parents has provided her with a lot of frustrations – sorry, material – and there’s a running joke about taking her mum on holiday to the consternation of many Italians. As a (relative) newlywed, she’s also got a few thoughts to share about weddings after her own saw her husband united until death with ‘Facility Ward’.

The show is pretty firmly adult-aimed, though, with lots of sex-related jokes and a discussion about reclaiming the word ‘slut’ – “Who would you rather have sex with: a virgin, or the equivalent of an Olympic champion?” Bathroom issues, which formed part of her distinctive 2015 show What If There Is No Toilet?, also make a brief reappearance. It’s a solid set that receives an excellent reception, with Ward’s highly animated, engaging presence and way of taking the audience into her confidence paying off. A slight delay to the start time is acknowledged with the concise explanation that “someone earlier today decided that their creativity deserved a bit more stage time – and subsequently fucked every other show that day in the ass,” drawing laughs from the audience, while Ward’s comedy skills are really proven by her ability to placate her sweating audience, making a joke out of the excessive heat in Pleasance Above.  After all, she claims, aren’t air conditioners in the UK more art installations than actual appliances?

Not every joke is as original as in some of her earlier shows, but Busting a Nut is such a well-constructed hour, bookiended by a particular Marilyn Monroe quote, that this is barely noticeable.  It’s pure entertainment to watch Ward onstage – her energy and faultless delivery carry the audience along with ease.