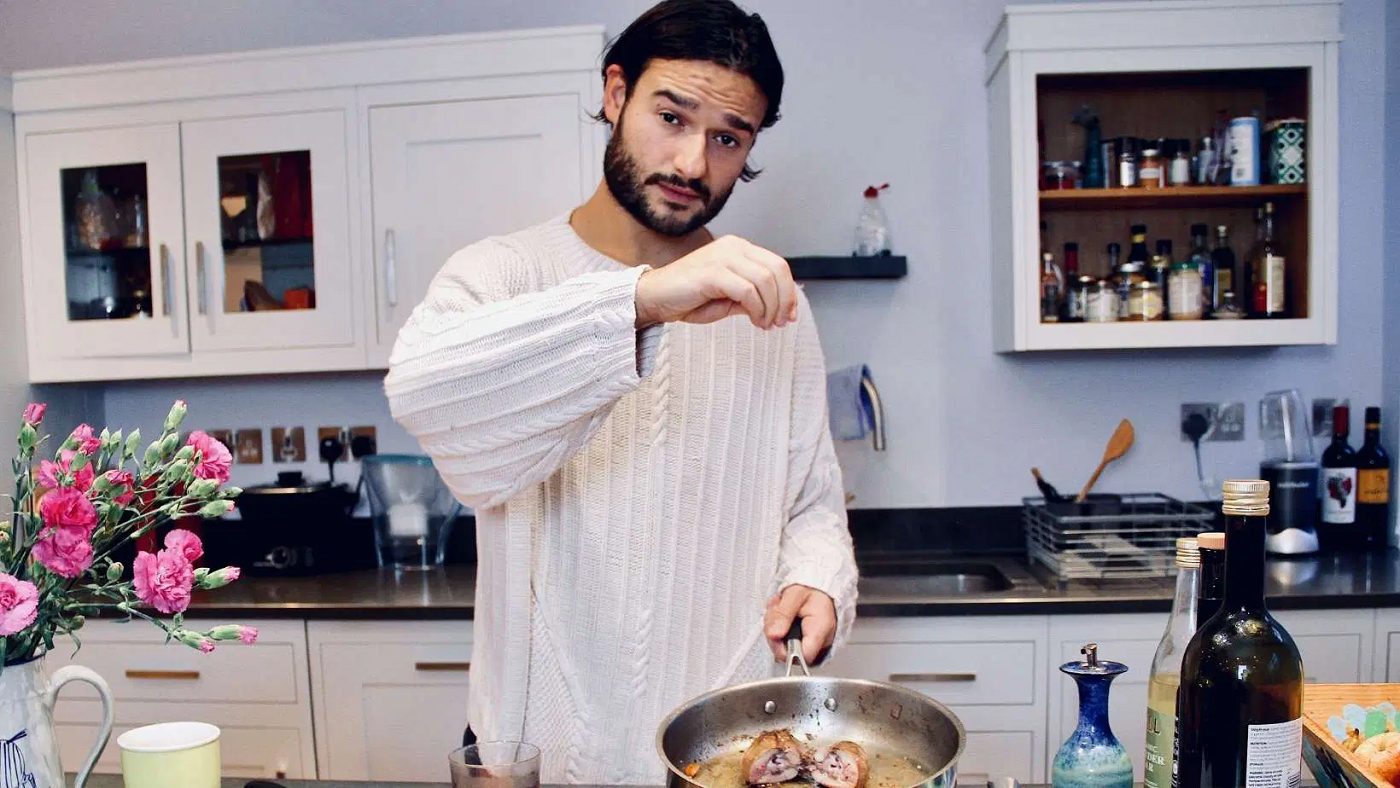 A smart, funny, and bizarrely touching piece of theatre that is complete triumph

When Nick invites Sam over for dinner, their first meeting has all the hallmarks of a classic romantic comedy. Sam clumsily knocks over a cup of coffee, there is nervous small-talk and miscommunication from both parties. But there is also a pervasively dark undercurrent to affairs, one that pervades Clay Party and Conflicted Theatre’s Fiji. It blends seamlessly with the romantic elements to create a deliciously wicked comedy that satiates the audience in every way possible.

Taking much of its premise from the case of German cannibal Armin Meiwes, who famously killed and ate a consenting victim in 2001, Fiji reframes the relationship between its two characters into an inherently romantic one. It’s an incongruous piece of genre blending that works marvellously. In part this is thanks to Eddie Loodmer-Elliot and Sam Henderson. The pair deliver spell-binding performances, with the former bringing charm and wholesomeness to cannibal Nick, while Henderson balances Sam’s complex layers with aplomb, switching from cagey nervousness to wide-eyed romanticism to self-assuredness admirably.

Of course, their performances would be nothing without Loodmer-Elliot, Pedro Leandro, and Evan Lordan’s script which has the weighty task of treading the fine line between heartfelt and hilarity. Thankfully it succeeds on every level with the witty asides never feeling at odds with the emotional stakes. It’s a credit to all involved that they manage to lend such earnestness to Nick and Sam’s relationship when it could easily feel unrealistic.

Fiji deftly explores the romantic sentiment and sexual gratification that both parties will receive from the final act making a sentiment that should feel jarring instead feel wholeheartedly believable. Whether that be in the cutaways to the pair taking a relationship compatibility quiz together, or the sexual undercurrent that echoes through Nick’s description of how he intends to kill Sam and which parts he will eat first. Throughout it all though, the show never loses sight of the humour, allowing it to ease any discomfort one might initially feel.

The result is an incredibly smart, funny, and bizarrely touching piece of theatre.