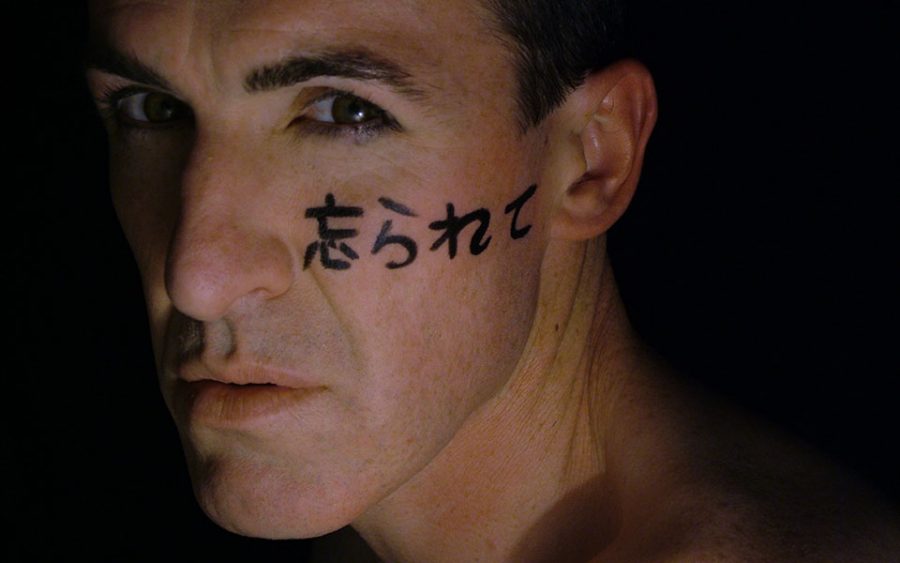 A beautiful and unique performance from Irish innovator Pat Kinevane.

In Forgotten, presented at the Tron as part of Luminate Festival, Pat Kinevane portrays four aging characters living in retirement homes across modern day Ireland. Each of the characters’ stories is interlinked, some more distantly than others, as they give searingly honest accounts of the most painful accounts of loves lost and potential lives unlived. An unusual blend of Irish storytelling layered with Japanese imagery and Kabuki dance, Forgotten is an extraordinary theatrical experience.

Kinevane emerges bare-chested, wearing only a ripped pair of jogging bottoms and a pink knee-brace. He begins to introduce us to the four characters: Flor, a man once proud but now demeaned by the invasiveness of “care”; Dora, a plummy and heartbroken dame; Gustus, a regretful father; and Eucharia, who sits in front of her dressing table, carefully manicuring her appearance and nibbling on dolly mixtures. Kinevane switches between each with ease, his movements reminiscent of Kabuki theatre as he employs the use of minimal props and set.

Kinevane is a beautiful physical performer. His occasional involvement of audience members, something that usually produces an immediate and noticeable sitting-up-straight and avoiding of eye contact, is done with a warmth and generosity that quickly breeds trust. Occasionally some of the regional dialect and acutely Irish references get lost in the ether, but on the whole this is an inventive, well paced 80 minutes that paints colourful pictures of hidden pasts and of some of the indignities of growing old.