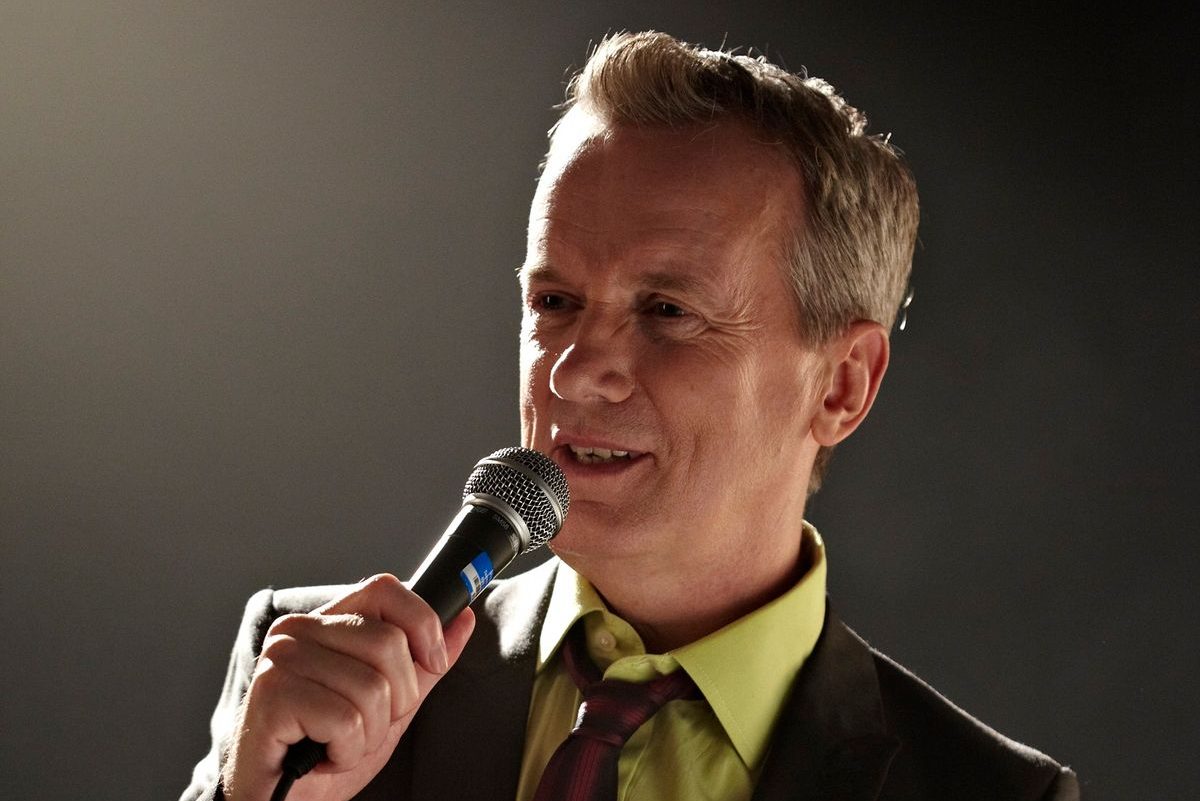 Patchy hour full of the problems of late middle age

It’s hard to believe that Frank Skinner is 62. Partly, it’s because he came to fame relatively late, so it feels like he belongs to a younger generation of comedians. Partly, it’s because he still has a boyish cheekiness about him. Even at bus pass age, he’s the kid who puts his football through your window and charms his way out of it. Silver of hair (which suits him), he’s still dapper and in good shape. Which makes it all the odder that he’s gone for an hour of what are, essentially, old man problems.

Bad backs, round shoulders, waning libido (not something you’d have got from the Skinner of 20 years ago) – he does them all. You’re half expecting a stairlift gag. Surely he’s got another decade in him before he has to plonk his Zimmer on this turf?

He’s playing it up for an audience, obviously. But is it this audience? This isn’t the grey-haired Radio 4 crowd found at Pleasance Courtyard on a lunchtime. This is Friday night in George Square and Skinner’s a man with cross-generational appeal. The oldest person he can find in his front row is a man of 56 who claims not to share any of Skinner’s ailments. That can’t be that uncommon.

It needn’t have been this way. He opens with a viciously catty routine about Sir Bruce Forsyth. The sort that acknowledges the showbiz circles in which he mixes with both affection and ridicule, but also let’s us know he’s still Our Frank, a Brummy lad got lucky. His best bits are all like that. He drops in references to being a millionaire or to his sprawling mansion, but knowingly, so we don’t think he’s got ideas above his station. After a routine about his bum-wiping technique, you definitely know he hasn’t.

He’s still dead on with his comebacks too, as quick on his feet as ever. Every departure to the loo, or false step with an audience response, and he’s there, pouncing and riffing like the best. The only issue here in this hour show is he lingers too long on it. The man of the people spends too long with the people and the thin-ish material never gains momentum.

Edinburgh helped make Skinner and Edinburgh will always welcome him, one hopes long into his Nicholas Parsons years. An hour of showbiz bitchiness could’ve been just the job. His forthcoming tour is called Showbiz, after all. Why not more where the Forsyth anecdote came from, or his dissection of ‘The Curse of Strictly’? Surely the pipe and slippers material can wait a bit, old son?