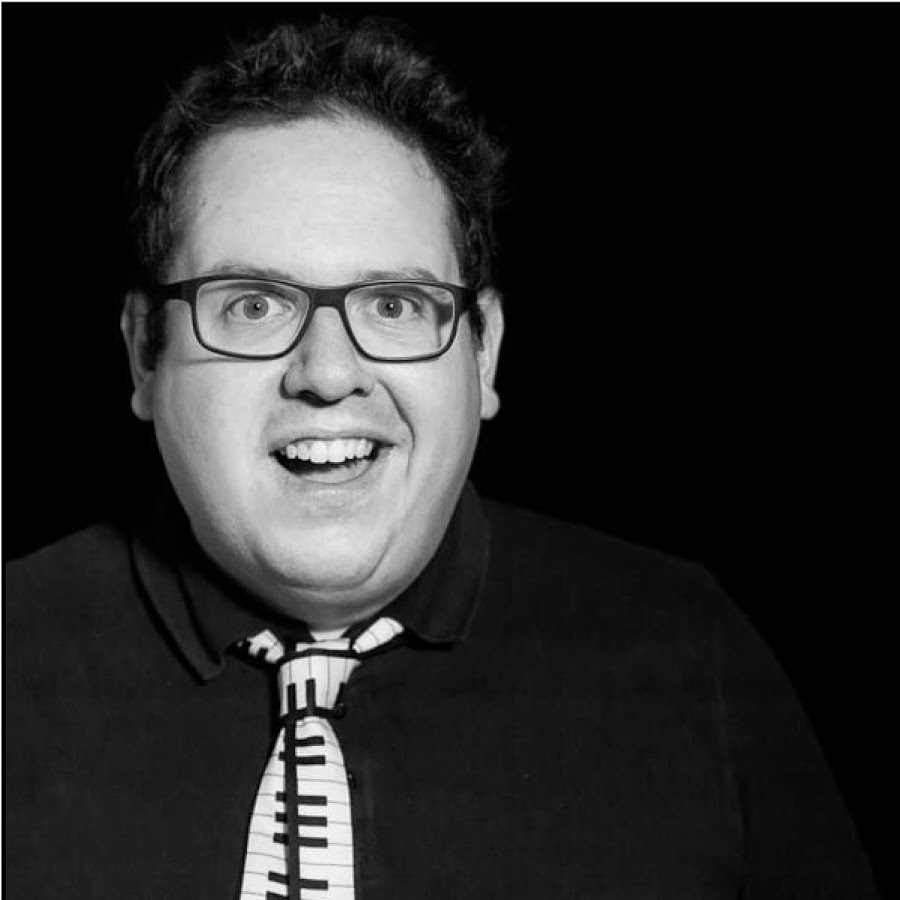 Musical parodist has great gags, but plays it safe

There are two microphones on stage as the audience file in for Friz Frizzle‘s 2019 show: one free-standing and one in front of the electronic keyboard Frizzle uses to perform his parody songs. It’s our first hint that there might be more to Heaven Knows I’m Friz Frizzle Now than easy puns. And indeed, Frizzle starts the show at the free-standing mic, delivering a solid few minutes of conventional stand-up, with no musical component at all. He’s good, and he relates a lengthy anecdote about a Westlife concert with ease and style. It has several big laughs, and Frizzle scores some solid hits before he’s even touched the keys.

The song parodies are what we’re really here for, though, and (as in previous years) they make up the bulk of the show. Frizzle delivers at a furious pace – his songs are almost like musical one-liner jokes. There’s an obvious and predictable narrative cadence to most of his musical numbers. As soon as we reach the punchline, Frizzle stops the song and moves on, using the laugh to bridge what might otherwise have been a clunky transition to his next bit of material. It’s a fine technique but it’s overused by Frizzle, and even the undeniable quality of his jokes can’t mask his over-reliance on it.

He’s definitely not pretentious, though, and he disparages his style and genre as often as he revels in it. His deliberately heavy handed keyboard riffs challenge us to figure out the pun as soon as we recognise the song. Occasionally, some on-the-ball audience members get there before him, and the laugh starts at the back of the room as a few of us realise the torturous wordplay that’s about to be delivered. That only adds to the masochistic joy of it, of course. This could be a one-trick pony, a tediously repetitive hour of minor variations on the same basic gag. Perhaps for another comedian it would be, but that’s reckoning without the sheer quality of Frizzle’s jokes. Most of his punchlines are genuinely superb and if they elicit a groan as often as they prompt a guffaw, that’s all in keeping with the camp, cheesy style that Frizzle gleefully presents.

He returns to the free-standing microphone at several points during the show, spending a few minutes on more standard observational material, or on a series of actual (non-musical) one-liners. He takes some delight in shining a light on the artifice of this, almost announcing each transition like his own Director’s Commentary, or pointing out that we just heard ‘the serious, meaningful bit at the forty minute mark’. A few days before tonight’s performance, Frizzle inadvertently became an unwitting bit-player in a horrific international news story. He’s factored that into the show and talks about it with admirable candour. It’s here that Frizzle steps up a gear, and for a few moments neither he nor his audience can rely on the emotional safety net of a brash musical pun. It’s a surprising and captivating change, and it’s a shame that it’s so fleeting.

Frizzle plays it safe for a lot of the show, choosing to back away from more challenging and unusual material. Even so, it’s easy to see the comedic skill and talent on display. The potential is very much present, even if it’s not consistently fulfilled.