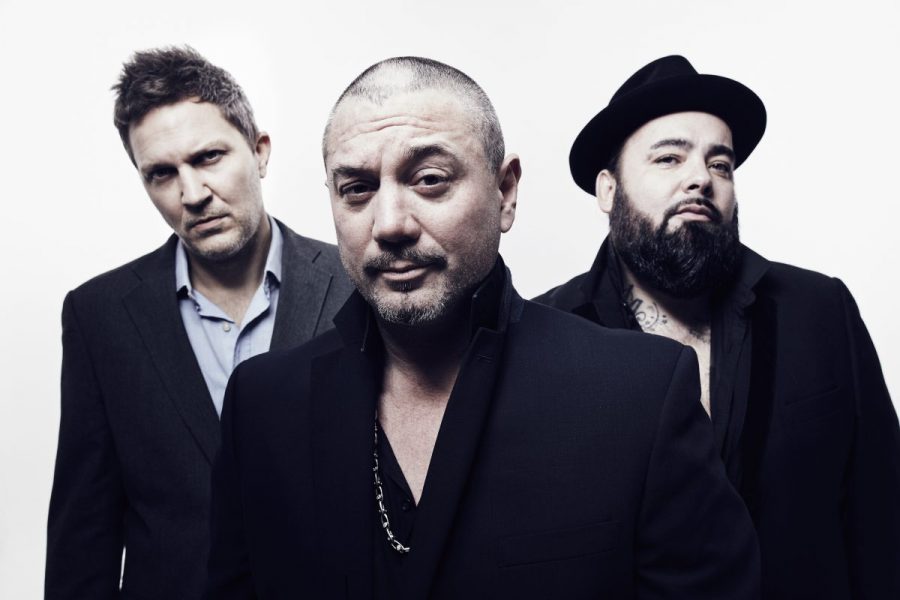 Huey Morgan and the boys get Queen's Hall jumpin'

Know how to rock a party

It was often easy not to take Fun Lovin’ Criminals seriously. Mainly because they didn’t seem to take themselves seriously. They could work a groove, no mistake, but the gangster play-acting, the larking about on yachts with bikini models, the lounge band cover versions? Fun lovin’ seemed the be all and end all of it.

Huey Morgan‘s subsequent transfer to the airwaves – 6Music, Saturday mornings – has given things a different perspective. There’s a deep love there for all the musics (plural) of his native New York – the jazz, the hip-hop, the soul. The man knows his shit. It turns out FLC weren’t just a bunch of good time dudes, after all. Or rather they were, but they could back it up with musical substance. Morgan, in fact, is quite the axeman at times, and the trio can break into instrumentals that’d serve them well at any party, anywhere.

Rarely do you see the Queen’s Hall jumping like it does tonight, and that’s without support, and light on liquor due to queues at the bar. No-one needs much encouragement to “stick ’em up punk!” during their eponymous opener. And by the sound of things, Barry White got a lot of people back with their ex-wife.

Morgan himself has morphed from spunky young wiseguy into benign mafia Don, albeit one who still rocks his suit with a pair of sneakers. A few extra pounds reveal a love of the good life, and he’s knocking back burgundy between songs, like this were the good old days.

All the unreconstructed machismo, the New York brashness – he told Aberdeen last night he wanted to “fuck Friday night in the ass” – risk disapproval, and he knows it. “Y’all get so offended these days,” he says. He has scars from the twitterstorms and the TV show walkouts to prove it. But if the PC police are in tonight, they’re undercover. “Huey! Huey! Huey!” chant the crowd, as the band launch into another from a set which is, with a few changes, their debut album Come Find Yourself.

It’s actually a good lesson for those who’ve decided words matter more than actions. Morgan may talk like the marine he once was, but if that stops you getting off on the music, the loss is yours. FLC know how to rock a party, and let Queen’s Hall have it with both barrels. In this censorious, anxious era, perhaps fun lovin’ ain’t no bad thing.