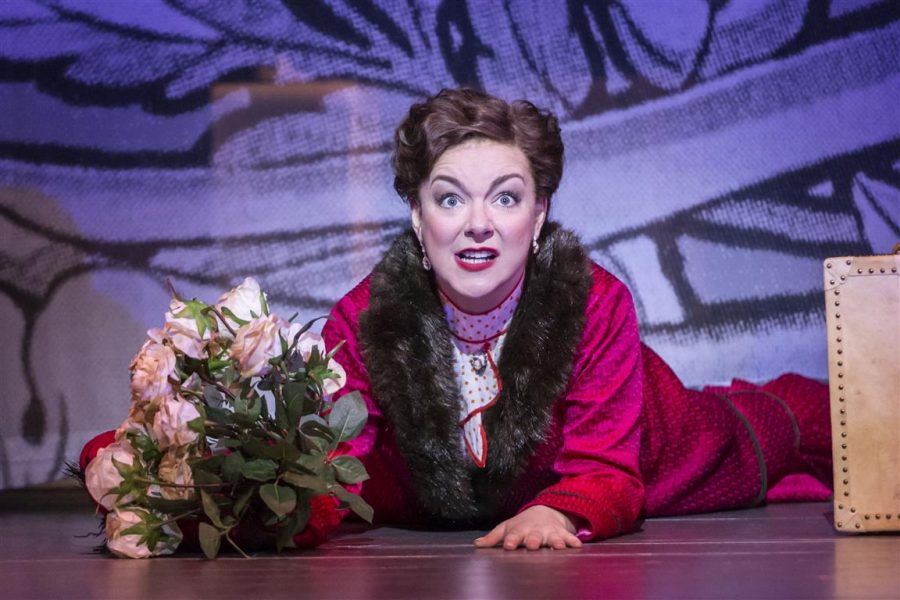 A large scale production with a big star and hefty ticket prices comes with hefty expectations. But this incarnation of Funny Girl does not disappoint. From Sheridan Smith‘s first step on stage to the drop of the final curtain as her triumphant vocal belting sends shivers down the spine, she is utterly mesmerising.

The journey of the indefatigable Fanny Brice is joyous and inspiring and in an increasingly image obsessed culture, her story is as apt as ever. This is a mammoth undertaking for the lead actress; the audience need to fall in love with her (especially walking the path of the legend that is the original Funny Girl, Streisand). Plus, as she’s on stage for almost the entire show delivering a consistently high energy performance, some serious stamina is required. Smith doesn’t drop the ball for a second and the nuances in her portrayal – vocally, physically and emotionally – are truly remarkable. A jewel in the British theatre crown, she is utterly believable, as are all the characters we meet in this.

Another famous face to appear in this performance is Darius Campbell, who is well cast as Nick Arnstein. It’s easy to be cynical about the casting of “names” in shows, but Campbell’s portrayal is immaculate – emotionally complex, charismatic, funny and moving. There are no weak links, every cast member is strong, as is the direction (Michael Mayer), set design (Michael Pavelka), choreography (Lynne Page) and costume design (Matthew Wright).

Although there’s a big element of slapstick/overt comedy with an abundance of laughs packed in via the script and performances, there’s also a wonderful vintage elegance to the piece that makes it beautiful to look at, with Follies scenes contributing glitz, glamour and dancing. Scene transitions are effortless and there’s lots of subtle detail alongside the impressive staging.

In truth, none of this is a surprise. Productions on this level are invariably high quality and there’s much hype around Sheridan Smith’s acting and singing, but Funny Girl: The Musical is every bit as impressive as you’d expect and a little bit more.