An engaging return, a decade in the making.

It’s been over ten years since Grandaddy last put out an album. The iPhone hadn’t been released. Tony Blair was still Prime Minister. Twitter and the Marvel Cinematic Universe didn’t exist. It was different times. But there’s that old axiom, right? The more things change…

The more Grandaddy have stayed the same. That distinct blend of downbeat grungey power-pop and synth-laden melancholia. The hints at a sci-fi dystopia, technological disillusionment and a desire to see a world reclaimed by nature that peppers their entire back catalogue. Those compressed and glitchy electronic arpeggios that can invade a song out of nowhere. Last Place sees them return almost as if they’ve never been away. Almost, though, because a lot can happen in ten years.

Inspired by frontman and sole songwriter Jason Lytle’s divorce, Last Place is Grandaddy’s most explicitly personal album yet. Lytle’s work has always been personal, but the layer of abstraction that previously separated the man from the music has been more or less entirely shed. Ranging from the more metaphorical (Chek Injin, The Boat is in the Barn) to the blindingly literal (I Don’t Wanna Live Here Anymore, That’s What You Get for Gettin’ Outta Bed), the album recounts the decade since Grandaddy’s dissolution in 2006, centring on the examination of a relationship doomed to fail.

It’s as engaging as anything Grandaddy have put out in the past, albeit slightly more sombre than usual in tone, reflecting the subject matter. While it threatens to drag going into the final third, when melancholia is in full swing, it never quite does, and it’s bookended by some of Grandaddy’s finest work. Way We Won’t is lumbering power-pop in the vein of old Grandaddy earworms The Crystal Lake or A.M. 180. At the other end of the album, and Grandaddy’s oeuvre, Songbird Son is a delicate, heartbreaking fallen-out-of-love song. It’s one of the most solemnly beautiful things Grandaddy have produced, and a fitting conclusion to Last Place; this is how a marriage ends, not with a bang but a whimper.

Grandaddy’s return may well be a forlorn one, but it’s equally welcome. Returning fans will know what to expect and won’t be disappointed, and may be even a little surprised. Equally, for those just discovering Grandaddy’s music, Last Place is a great introduction and as good an invitation you’ll find to delve into the previous five albums. 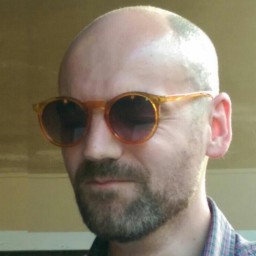 London sextet warm up the soul on fourth LP

We run through our top new listens of the year