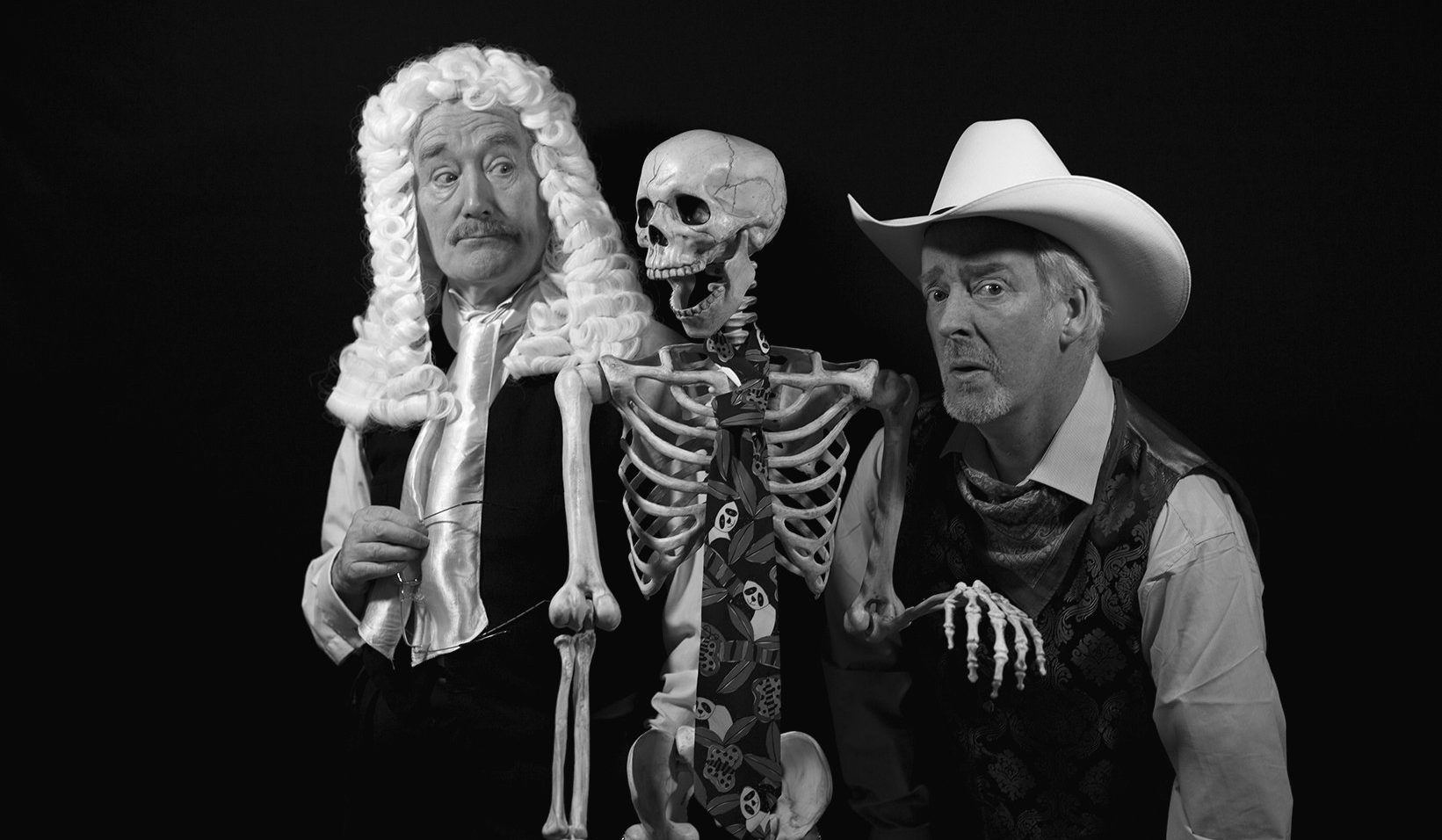 Splinters Productions, the team behind Get A Life!, named themselves after the humorous St Petersburg magazine for which a young Chekhov wrote comic stories, and there’s a similar spirit to this production – a series of short sketches of a lightly satirical bent, a bit Alan Bennett, a bit like the cheesy montages they get Portillo and chums to do on This Week. It’s a lively little format, and our two performers, John Shedden and Finlay McLean, are very game for it.

Written by David Henry Wilson, the sketches tend to be better the more uncommon the characters are. Shedden, for instance, plays an astronomer musing how the laws of time and space mean everything that ever happened is still happening, while one of McLean’s best moments is as The Wordsmith – someone hired to change perceptions with words. He starts by explaining how he turned binmen into “refuse collectors” or “waste disposal operatives”, before moving on to more nefarious meddling with meaning in the service of politicians. Both scenes leave you something to think about.

Shedden’s optician provides an excuse for some light innuendo as he accuses us of reading rude things into the pictures and words he’s showing us. Best of the bunch though are The Old Critics, a Statler and Waldorf-esque pair, moaning in verse about everyone from Ayckbourn to Pinter. They’re also the most economically written. Other sketches lack punchiness. A pair of interviews with Shakespeare characters in particular get tied up in detail and would go down better in an educational setting.

Where the characters are more familiar archetypes, the humour suffers from over-familiarity. The political characters are bare bones templates – a nest-feathering councillor, an old Etonian party leader, a randy US President – and miss the sharpness and insight needed for top quality satire. The old Etonian talks about slogans on buses, the President wants to go to war – observations that have been overdone elsewhere.

Which is a shame. As two veterans of the Scottish stage and screen, Shedden and McLean have the acting chops for satire, and stage chemistry to go with it. A Scottish Bird and Fortune even?

The evening draws to a close with The Death Artist – a scene in which McLean as a reluctant Grim Reaper figure (more Clarence from It’s A Wonderful Life than sickle-and-hood) confronts Shedden’s Scottish miser, who is about to meet his maker after finally becoming rich. It acts as another memento mori in a night where death has never been far away (four scenes are based around a man and skeleton).

Mixed quality sketches (and a few dropped lines) aside, it’s a fun format and the two vets on stage give a good account. The show’s title certainly won’t be used in anger against them after watching this.