After convincing his long-suffering best friend to check his testicles and plucking up the courage to go to his unexpectedly fit doctor after two years of ignoring the lump, Tobes is finally dealing with some serious realities. Moments of seriousness send home the clear message to men that it’s a dangerous game to stick your head in the sand where your health is concerned.

A cast of three, Remy Beasley, Richard Corgan and Andy Rush, deftly switch roles and positions in this challenging theatre-in-the-round with snappy dialogue setting a fast pace. With no set or costume changes, the strength of the piece hangs on Norris’ writing and smooth direction by George Perrin. Calling to mind Mike Bartlett’s minimalistic style and open to interpretation dialogue, the creative team have made an enjoyable and entertaining piece. Slick movement and subtle rotations ensure a good view of the on-stage action from any seat in the round.

While raising awareness about the importance of men checking their testicles for abnormal growths, and going to the doctor in time, Growth is also immensely funny with an array of characters that parade though Tobes’ life crisis and bring lightness to a difficult and relevant issue. 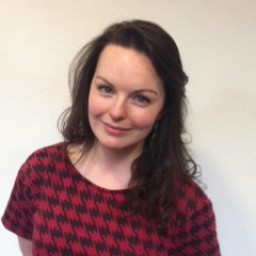