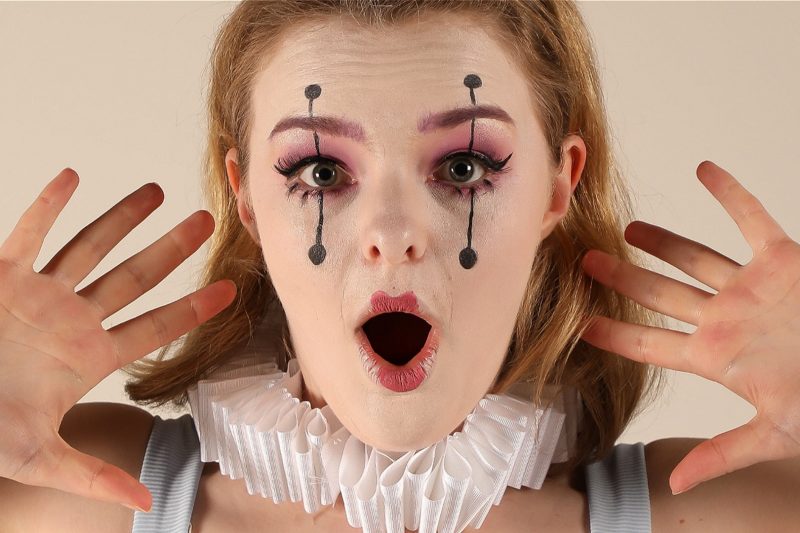 Strange, wonderful and informative comedy set from a comedian with naturalistic, energetic presence.

A show several years in the making, Abby Howells already has a couple of Adelaide Fringe Festival prizes to her name (specifically Best Comedy 2019 and Emerging Artist 2020). Now able to come to the Edinburgh Fringe, HarleQueen is unveiled in its full erratic, charming, and funny force. A New Zealand comedian, Howells is on the autistic spectrum – a fact she is very open about from an early stage – and as such admits that talking to people is not one of her top skills. Performance, however, is in her blood. Rarely does it feel like a show just lets somebody be exactly who they are, unfiltered and unmediated, but this is what it feels like with HarleQueen.

Howells’ show is a look at profiles of various female comedians, entertainers, and actors from across history, each of whom have their own stories of hardship and success in equal measure (one of them will see you never look at Charlie Chaplin the same way again). Howells’ weaves these in with her story, full of musicals, bad boyfriends, and her first forays into comedy. HarleQueen is so obviously a passion project for Howells who races through the stories almost breathlessly. Her trips down memory lane are funny and endearing, but not in a pity-eliciting way. It is just joyous to watch someone lay bare everything about themselves through a deeply personal comedy show.

Howells has the gift of gab in the most wonderful, entertaining sense. Her stories come thick and fast, and towards the end they diverge to become a touch sad. But HarleQueen is not a sad show. It is a celebration of triumph following setback, and of finding your voice when others would rather speak over you. Having never been given a leading role, Howells has made one for herself, complete with all of her own quirks (including a ham-fisted ventriloquist scene which is more peculiar than funny, but HarleQueen somehow feels all the better for it).

The unbridled energy and passion Howells brings to HarleQueen could at times do with more structure, with abrupt changes in subject catching you a little off guard. It is forgivable however when a show like this is brought to life with such chaotic energy and gleeful indulgence in everything that makes you who you are. It’s a touching comedy show that reminds you to always find your own spotlight.