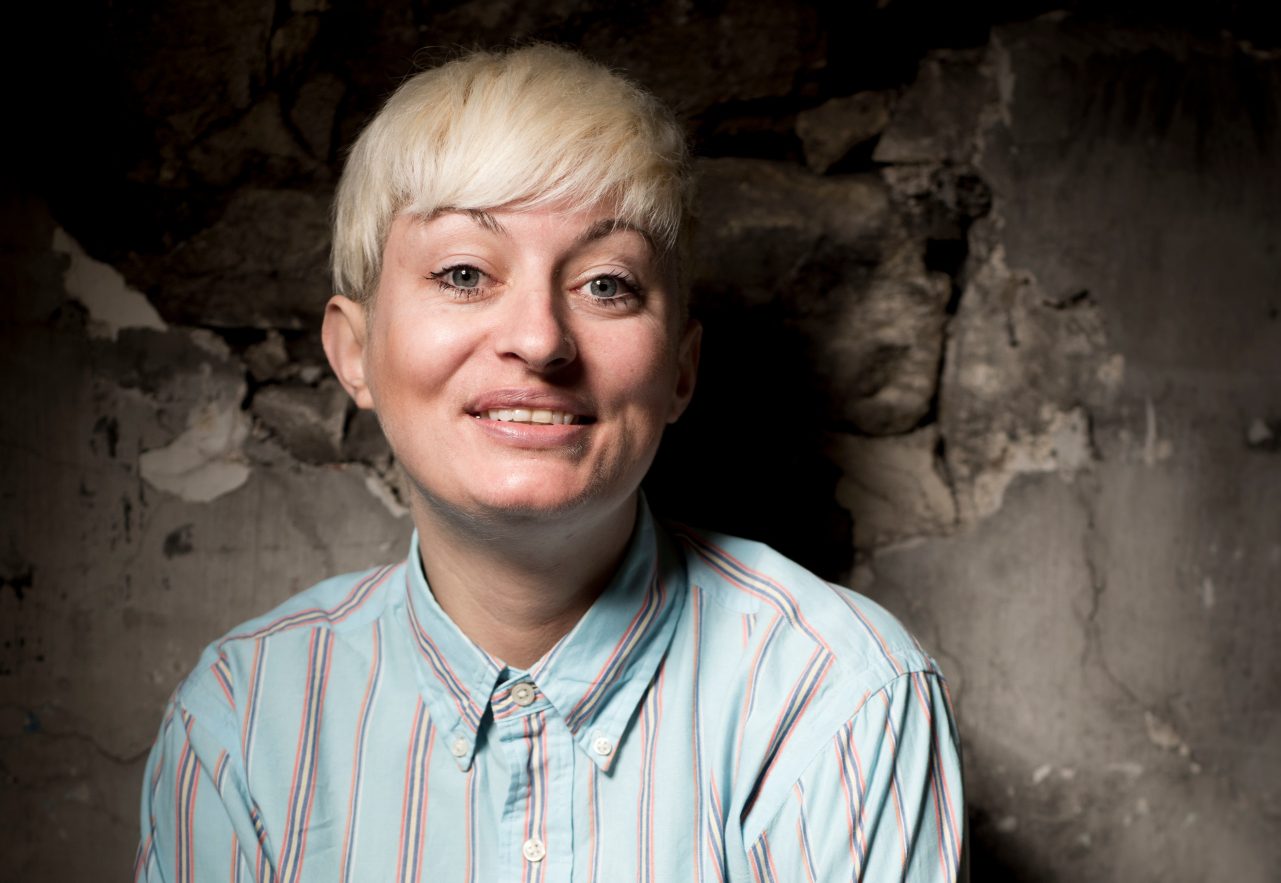 Skillful and silly comedy has the Patter Hoose shaking with laughter

“We will start soon, honestly.”

Harriet Dyer is only ten minutes into The Dinosaur Show, and she’s getting distracted. We’re five anecdotes deep already and three of them are about swans. We start to realise that Dyer’s mind throws ideas at her almost too quickly for her to process them. We brace ourselves any time she stops mid-sentence and says, ‘Oh. I’ll quickly tell you this.’ We know we’re in for a spectacular unrelated anecdote, and none of us know how long it’ll be until we return to the ridiculous dinosaur-themed main plot. A focused and precisely-rehearsed show this is not. Somehow, though, the extended deviations and asides, which sometimes feel so uncontrolled as to be almost stream-of-consciousness, just work as backing singers to Dyer’s virtuoso surrealism.

Dyer is all wild hair and huge grin, bouncing around the stage in a huge inflatable dinosaur suit, the head and neck of which occasionally swings round to slap her gently across the face mid-sentence. There’s a very simple and definite story that she wants to tell us tonight: she wants to let us know the truth of how dinosaurs became extinct. It’s a strong plot, she’s worked it out, and it runs right through the show. It so nonsensical that it doesn’t stand up to even cursory interrogation, of course, and Dyer’s attempts to explain it to us just lead to more confusion, but it doesn’t matter. Dyer is on top form, and The Dinosaur Show has some absolutely game-winning ideas. From the low-tech “egg hatching” that opens the show, to her unique solution for retrieving a mouse that has become stuck up her nose, Dyer’s imagination and joyful embrace of nonsensical silliness is infectious. It’s so ridiculous that we can’t help but abandon ourselves to it. It’s undeniably funny, too. Dyer is brilliantly likeable, and has a natural instinct for the surreal and the physical. There’s something rather delightful about feeling the slightly rickety seating at The Patter Hoose wobble and bounce as your fellow audience members literally shake with laughter.

There are a few songs as well, performed by Dyer at the same time as she provides all of the percussion and bespoke dance moves. Sometimes she overplays her hand here – the songs are funny, but the returns rapidly diminish as she gets to the fourth and fifth verses. The same is true of the prerecorded video clips that are occasionally projected onto the backdrop while Dyer leaves the stage completely. It’s unashamedly indulgent, and Dyer lets it play out for longer than she probably should. She gets away with it, but only just.

Eventually, we discover the real truth about the end of the dinosaurs. By this stage the fact that this final plot point is delivered by means of an extended solo from the musical West Side Story barely even seems surprising. We’re in Dyer’s world now – and what a skilfully crafted, utterly preposterous world it is.