Birthmarks is utterly compelling, there’s no other word for it. It’s the sound of a woman burning her past violently, disquietly and completely. Hilary Woods, former bassist of JJ72 – and that’s the last time that will be mentioned – follows up her frankly incendiary 2018 debut Colt with a remarkably nuanced and stratified epic, which clocks in at a little over half an hour.

A cacophony of strings, horns, electro-beats, pianos and Wood’s signature eerie register, there’s a hell of a lot to this fairly short sophomore effort. Soundscapes compete but never clash as subtle piano and strings give way to those crashing, apocalyptic soundscapes which Woods established in her first album. This is best demonstrated in The Mouth: a whirling maw of electro-blasts and disquieting strings brought together by Woods’ hymnal register. On tracks like Through the Dark, Love and Lay Bare, Woods, it seems, briefly pops her head out from her experimental rabbit hole as the crystalline sounds of voice, piano, cello and violin take prominence and one is given the respite of a more familial sonic landscape. Woods knows the line between avant-garde and pretension and she tows it well. 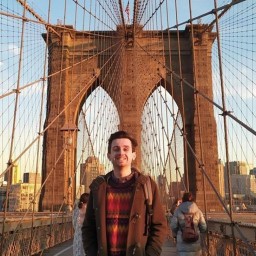