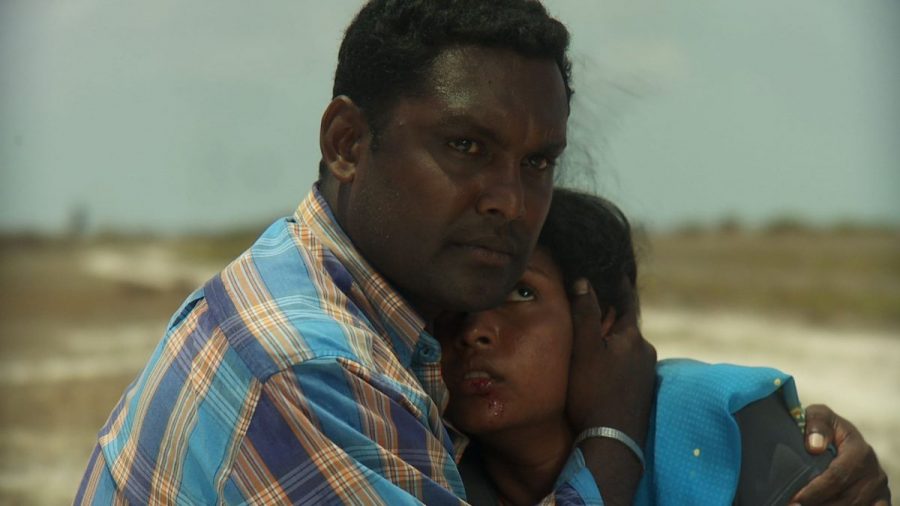 Him, Here After (Ini Avan)

[rating:3/5] This marks an important point in reconciliation and social understanding for Sri Lanka.

Three years since its end, Him, Here After is the first film to deal seriously with the social aftermath of the 26-year-long Sri Lankan Civil War, and one of very few made in the Tamil language by a Sinhalese writer/director (Asoka Handagama). Following rehabilitation, a Tamil rebel soldier (Dharshan Dharmaraj) returns home to be greeted with suspicion, animosity and accusations. With no money and shunned by his remote community, he soon becomes embroiled in burgeoning smuggling ring.

For those unfamiliar with the conflict, some parts of the plot will be a hard to follow, yet others are overdone with some scenes becoming amateurishly cheesy, detracting from some beautifully artistic and quietly telling shots. The inescapable poverty and universal acceptance that life means nothing more than not dying is heart-breaking, which Handagama handles with sensitivity and undeniable sympathy. The pity of war is a tragedy that transcends country and culture, which is recognised here with subtlety and sadness, regardless of sides. There can be no doubt that this film marks an important point in reconciliation and social understanding for Sri Lanka – it’s just a shame that the overall production quality doesn’t match up to the message.