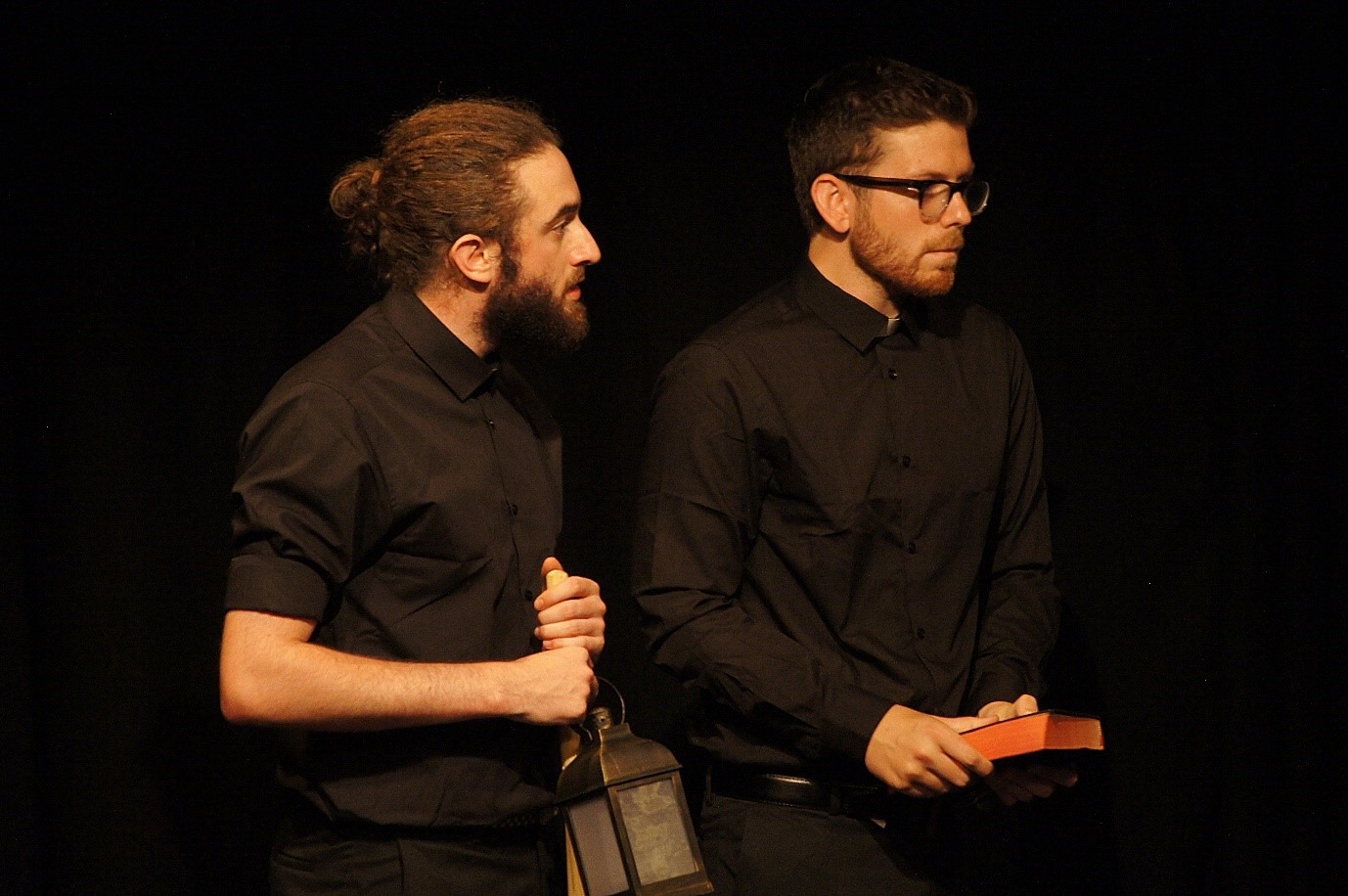 What better place to tell a story of selling bodies to medical science than the city which suffered Burke and Hare? But rather than killing their wares and flogging them for personal gain, the graverobbers in this darkly irreverent piece of theatre are George and Charlie, two priests who desperately need cash to prevent their ailing church from literally falling to bits.

It’s a fanciful premise that never takes itself too seriously, as indicated by the profanity in the title. Indeed, much of the humour throughout the play is derived from the idea of priests swearing their tits off, and while it’s an unsophisticated strategy, it’s one that pays off well. That’s in large part to a plot that scuttles along at a merry pace, strong direction from Rosa Higgs and a clutch of clever callbacks, alongside a snappy double act from the two leading men. Not that you’ll find yourself overly engrossed in the plot or invested in the characters, since believability is sacrificed for slapstick throughout, but it’s more than satisfactorily entertaining as a result.

Charlie in particular (ably played by Jack Dylan) is an unlikely clerical figure. George (Rafael Aptroot) is more of a stock man of the cloth, all spluttering indignation and stuttering discomfiture. While Aptroot’s character is probably more believable, Dylan shines as a natural onstage presence and steals the show, his delivery of comic lines timed to perfection. Writer Jack Fairhurst also puts in a memorably bouncy turn as Professor Jones, the happy-go-lucky purchaser of the priests’ macabre merchandise. The development of the plot is as predictable as it is preposterous, but it’s clear that nuance is not really what Brick Fox Theatre are going for here.

Instead, their irreverent take on religion and morality is couched firmly in farcical humour and it certainly achieves what it sets out to do, while occasionally posing a pertinent question about the inherent paradoxes of the priesthood and a philosophical quandary here and there. The second half sags a little after a strong opening twenty minutes, especially with the introduction of some zanily non-sequitur characters who don’t quite sit right, but rises triumphantly in the closing scenes for a neatly-packaged conclusion. All in all, it’s a bright and boisterous return to the festival for a company that promises to only improve in the coming years.