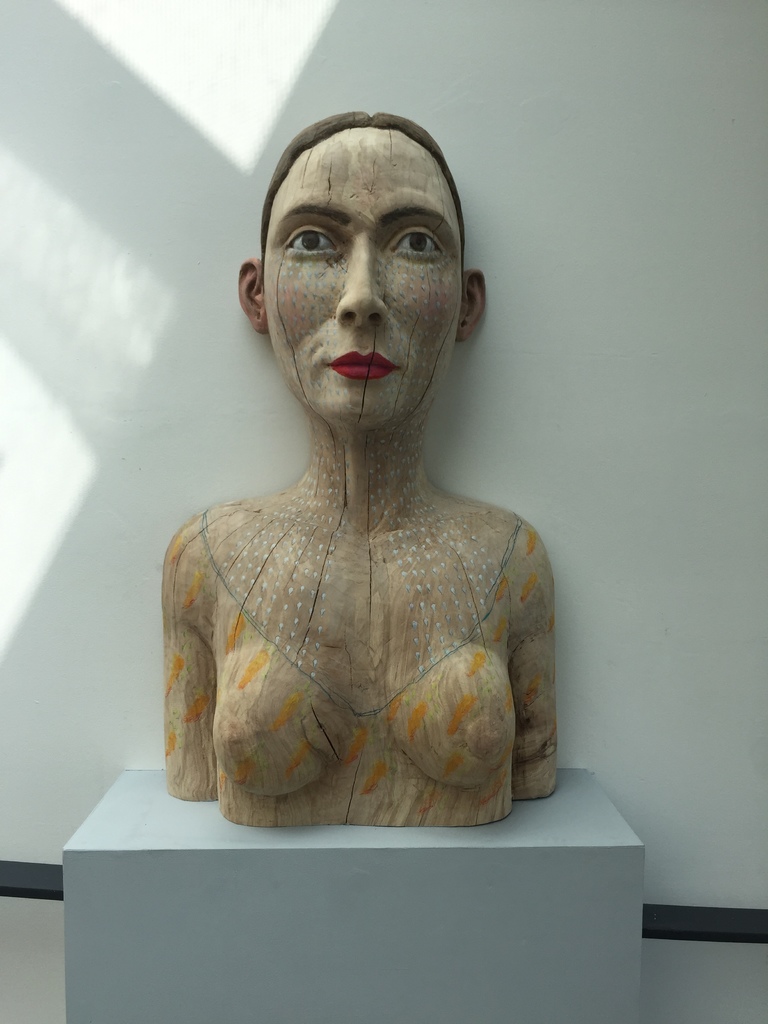 Home Where Home Is Not

Currently presented across dual locations, Platform and Glasgow Women’s Library, is the collaborative exhibition by Glasgow-based artists Sogol Mabadi and Birthe Jorgensen. Navigating identity across various geographies, cultural and psychological boundaries, the two artists draw partly on their own experiences of having multiple homes and places of belonging.

Within our climate of travel and exchange, the notion of a fixed and rooted home is increasingly less commonplace. However, for some this notion of home is more nuanced and complex than others; particularly given refugee and migratory backgrounds.

Emerging from an embedded research process located within both Platform and Glasgow Women’s Library; Mabadi and Jorgensen worked and closely engaged with groups of women in Glasgow’s East End to explore ideas of where home is and can be. The explorative sessions provided a space of intimacy and openness for women of various backgrounds to share stories. Both artists were surprised and humbled by the extent to which participants shared their stories of home, living and locality.

Responding to these sessions and the discussions which took place, Mabadi and Jorgensen constructed a visual dialogue to encapsulate the months they spent with the participating women. Artists of various and contrasting backgrounds; Sogol Mabadi being an art therapist and Birthe Jorgensen being an art educator and cross disciplinary researcher, they were able to support and inform one another’s work within the exhibition context.

Mabadi works primarily in the medium of performance; for this exhibition working collaboratively with artists to explore notions of ‘veiling’ and separation, without any actual physical presence or boundaries put in place. Her performances are intimate; inviting participants to carry out activities which allowed for alternative modes of communication – avoiding eye contact or any explicit form of bodily action which may be revealing. Their responses have then been recorded and presented within the exhibition in the form of drawing and writing, allowing a unique insight into each performer’s experience.

Alongside this, Mabadi has utilised an incredibly strong material language to further explore ideas of boundaries and things that sit together but are inherently separate. Her materials span felt, clasped bra hooks, pipes, wood and delicately crafted glue vessels; all of which invite the viewer to engage closely with and contemplate these alternative adaptations of such everyday materials.

Jorgensen’s accompanying artworks also span several forms, each of which collates many of the women’s stories to create a poly vocal approach to the artworks. Given their scale, her carved wooden busts are a prominent feature of both exhibition venues. An incredibly solitary and enduring process, Jorgensen uses the act of wood carving as a process of reflection.

Alongside the wooden busts, which themselves project a melancholy presence within the space, sit Jorgensen’s constructed installations. These draw heavily on the workshop discussions and material history of the women’s stories, incorporating fabrics, walls, pots and various other elements which carry hints and suggestions of the experiences discussed by the women in the exploratory sessions.

Jorgensen also employs a visual essay, a poem split between the two locations about life in the aftermath of the nuclear family regime. Audio of the women undertaking Pranayama breathing exercises features alongside to further record and explore notions of home as expressed by the women who took part.

Overall, the exhibition is incredibly layered and rich not only in its material language, but also in its sensitively compiled narratives of the stories explored and told.

Home Where Home Is Not continues across Platform and Glasgow Women’s Library and runs until August 3rd 2019.